5 things we learnt from Super Eagles comeback win against Argentina 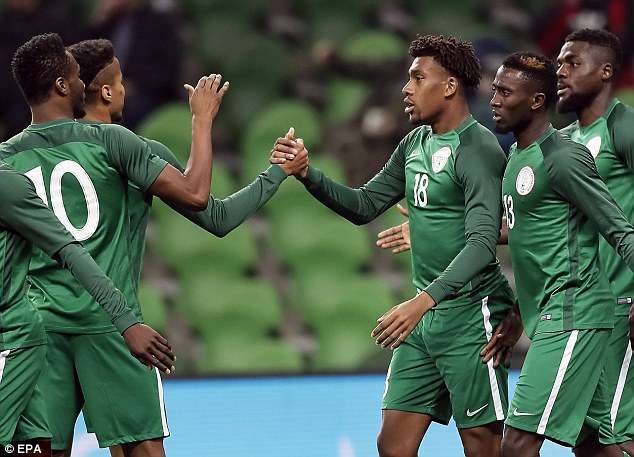 The Super Eagles of Nigeria delivered a fantastic performance to come back from 2-0 down to beat Argentina 4-2. Ever Banega and Sergio Aguero gave Argentina a 2-0 lead before Kelechi Iheanachopulled one back for Nigeria from a freekick. The Super Eagles returned for the second half in a different element and fired three goals to seal a comeback win.

These are five things we learnt from the game

The game was a tale of two halves for the goalkeeping unit of the Super Eagles. Daniel Akpeyi started in goal for Nigeria and had a terrible outing.

His mistake, embarrassingly touching the ball with his hand outside his area led to a freekick from which Argentina scored their first goal. The South Africa-based goalkeeper could not read the game and was a suspect all through.

It was a different story in the second half following the introduction of Deportivo de La Coruna goalkeeper Francis Uzoho. Although he was not tested, Uzoho exuded confidence that spread throughout the whole team.

He dominated his 18-yard-box well, came out well for set-piece and had a nice grip on the ball.

Now it’s getting clearer who will be Nigeria’s first choice goalkeeper at the World Cup.

Prev post1 of 5Next
Use your ← → (arrow) keys to browse
Tags: argentinaNigeriaSuper Eagles
Share12Tweet8Pin3SendShare