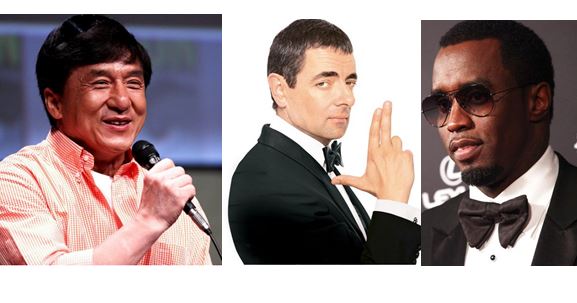 Rich celebrities: Being a celebrity, especially in Hollywood, doesn’t just mean people will recognize you on the street, but also that you’re bringing home millions upon millions of cash money. For every role, no matter how small, some celebs can get a pretty hefty cut. So after a few years of living THE life, they pretty much have all the iPhones, fancy cars, villas, and other nonsense, they want, so what do they do with the rest of the money? The possibilities are virtually limitless, however, a lot of them just keep getting richer without us, the public, even knowing. Without further ado, here are 8 celebs you had no idea were filthy rich!

It’s definitely some kind of magic! I’m not surprised to see Copperfield on this list, but the number did stagger me for a second. Sure, he’s the most famous and commercially successful illusionist of all time (no, Jesus doesn’t count), but for him to have almost a billion dollars? That’s insane! Well-deserved though, in my opinion.