Singer, Davido‘s sold out 30 Billion concert which was held at the Eko Hotel & suites yesterday, has been raving online ever since its conclusion, with many highlighting remarkable moments from the show, like the reunion of the Mo’Hits crew. But an attendee of the event, who apparently paid for the VIP section of the show, is not quite pleased with how the event turned out to be. According to him, the regulars of the show made the event unbearable for him as they left their section to the section of the VVIPs and VIPs and obstructed their views.

Didn’t really enjoy the 30 Billion Concert of Davido mhen!! It Started from the Nigerian/African time factor, the Concert was to start by 7pm, but they started at 10:30pm. Fans struggled hard to enter the Auditorium, by pushing themselves violently due to bad coordination of the organizers.

Their was no real difference between VIP and VVip & the “Regulars”, bcos the “regulars” eventually covered the walk ways, they came to stand right in front of we the vvips and vips, Myself and friends had to walk some little guys and girls out of our sights & I can go on and on.

They stood and covered sights, which prompted the VVips & Vips to stand on their chairs, Just to catch a Glimpse of the show. Fans like myself were left to watch the screens as I didn’t feel like standing on chairs, Like – I was decently dressed to stand on chairs. At some point, Most of the people/fans who paid for “tables”, had to stand up too, to watch the show properly.

Regulars covered the whole place, it was less than what I expected. Abuja shows ain’t like that, I was decently dressed for the show but it was more like a mess, The “upcoming artistes” took a larger part of the show, but I can understand and endure that!!. Hmm, heat and bad smell everywhere too.

Lest I forget, @official2baba came on stage drunk, @davidoofficial had to prostrate for him, to “stylishly discharge” him. Mo-hit reconciliation performance was the main catch of the show. I won’t be going for another lagos concert anytime soon, I’m dissappointed. Abuja shows seems OK to me. My large screen TV and travels seems more Fun!! #30billionconcert #Davido #TheEnd!! @davidoofficial ??????.. 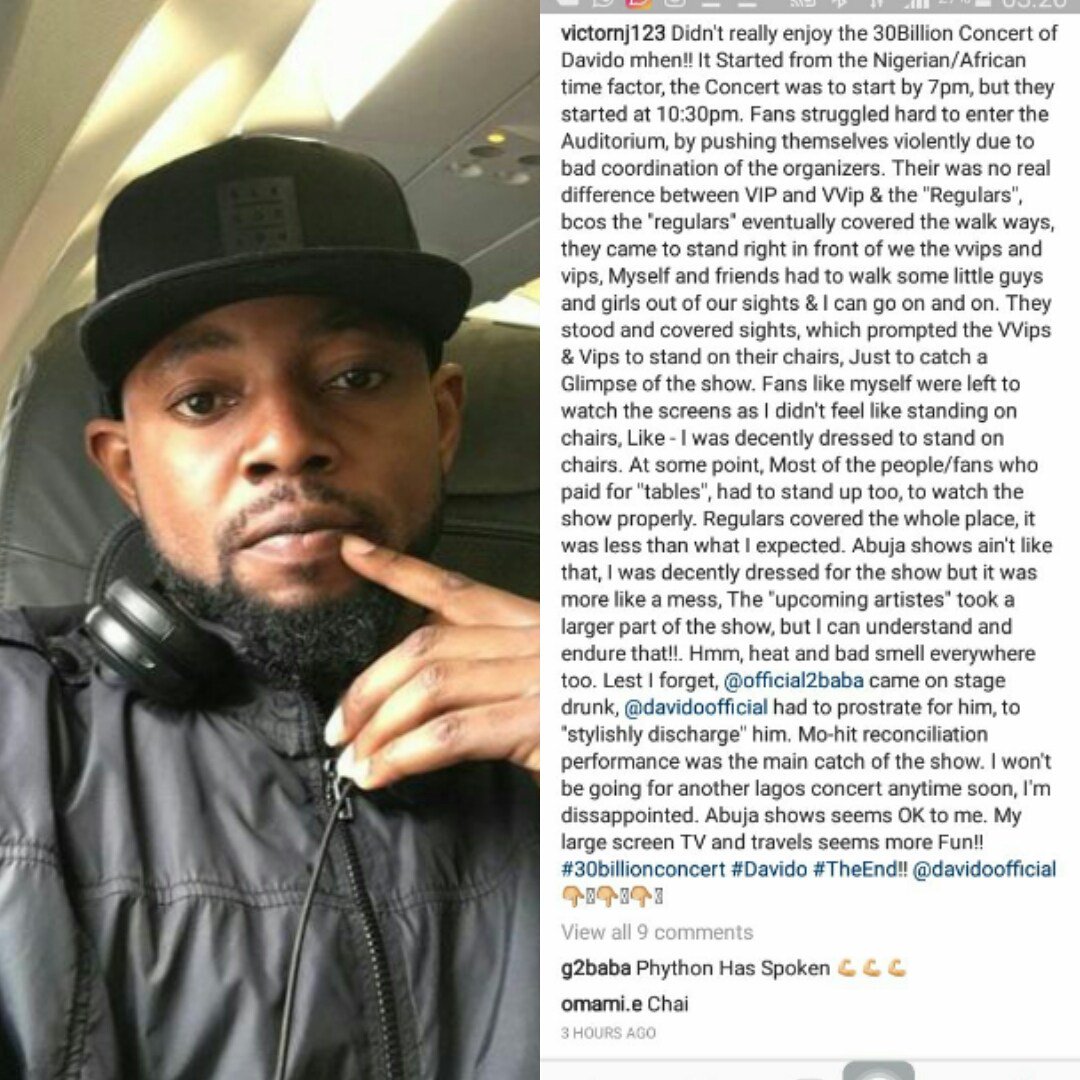 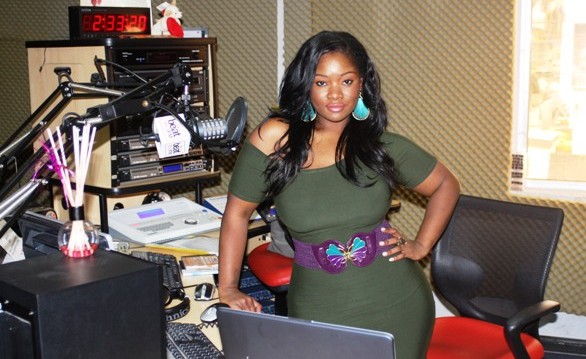 The concert, which was the grand finale of the singer’s world wide tour in 2017, was sold out with some fans shut out of the venue after it was filled to capacity. 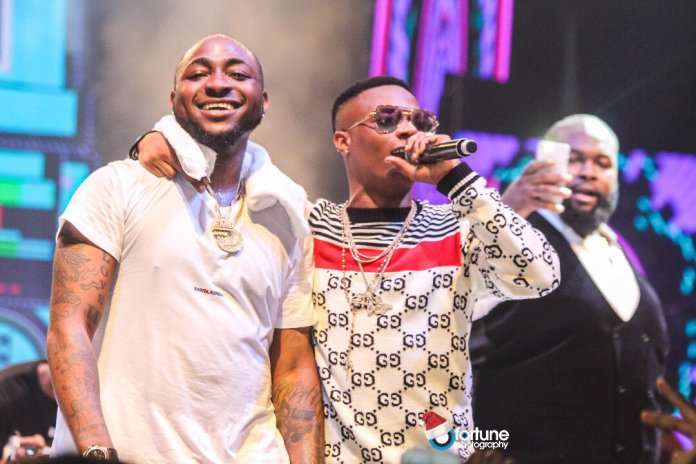 Sharing her thoughts on the concert via her verified Twitter handle, the curvaceous OAP admitted being a huge fan of Davido but queried the organization and timing of the ‘If’ singer’s appearance. According to her, over 20 upcoming and known acts got on stage to perform dragging the show longer than necessary before Davido made an appearance. 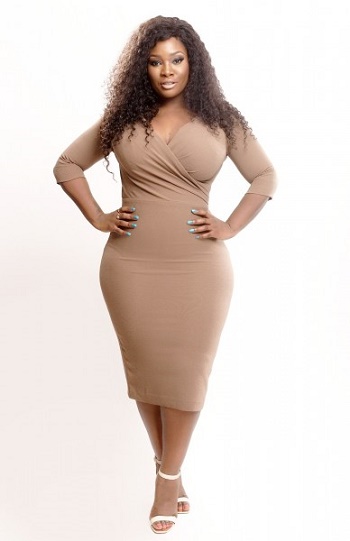 The Beat 99.9 FM Lagos On-Air-Personality also described the entire planning of the concert, which was sponsored by First Bank, as chaos.

See her Tweets below… 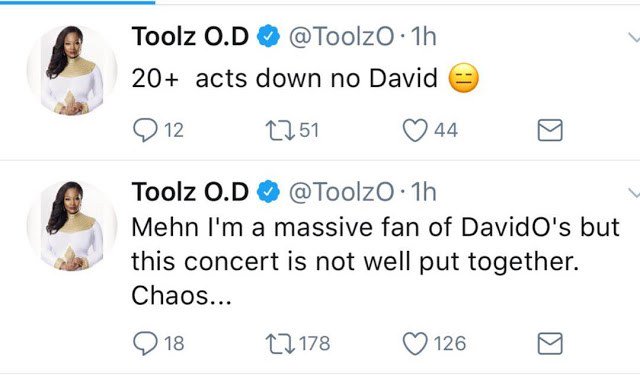 Davido reportedly also admitted that he could’ve gotten a bigger venue, considering the massive crowd that turned up for the concert.