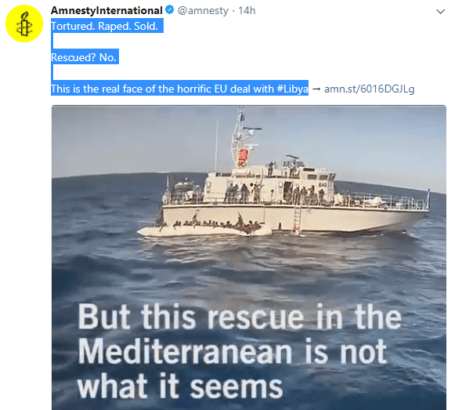 “Tortured. Raped. Sold. Rescued? No. This is the real face of the horrific EU deal with #Libya”

Tortured. Raped. Sold. Rescued? No.
This is the real face of the horrific EU deal with #Libya →
— AmnestyInternational (@amnesty) December 12, 2017 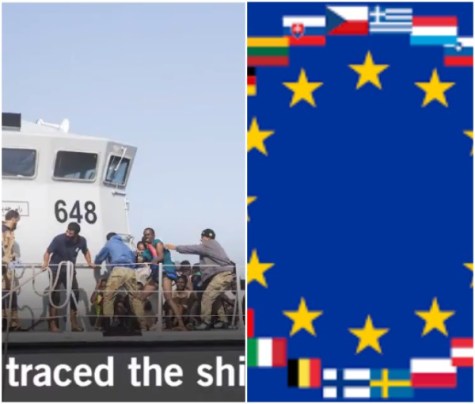 In recent years, hundreds of thousands of refugees and migrants have braved the journey across Africa to Libya and often on to Europe. In response, the Libyan authorities have used mass indefinite detention as their primary migration management tool. Regrettably, the European Union and Italy in particular, have decided to reinforce the capacity of Libyan authorities to intercept refugees and migrants at sea and transfer them to detention centres. It is essential that the aims and nature of this co-operation be rethought; that the focus shift from preventing arrivals in Europe to protecting the rights of refugees and migrants.