FIFA plans to kick Spain out of 2018 Russia World Cup 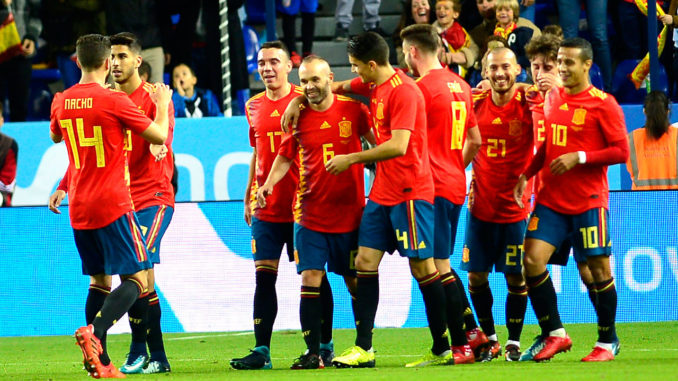 FIFA has confirmed that it has written to the Spanish federation (RFEF) warning they could be suspended from the 2018 Russia World Cup because of political interference. Prime Minister Mariano Rajoy, said Spain had received “no such letter from FIFA,” reports AFP.

The issue centres on the RFEF presidency. Angel Maria Villar, who was also a senior FIFA and UEFA official, resigned after being arrested in July on suspicion of embezzling funds. Villar was replaced, on an interim basis, by Juan Luis Larrea, another long-time football administrator.

Even though he is only a stand-in, Larrea has made clear he wants to see out Villar’s term, which was due to end in 2020. The Spanish National Sports Agency (CSD) has objected and that prompted FIFA’s warning, reported on Friday by the daily El Pais.

“We can confirm that FIFA recently sent a letter to the Spanish FA (RFEF) expressing its concern at the current situation in the association and reiterating that, under the FIFA Statutes, all member associations must manage their affairs independently and ensure that there is no interference by third parties in internal matters,” said a FIFA statement.

“FIFA is in contact with the RFEF, and a joint FIFA-UEFA delegation will be sent to Madrid shortly to monitor and assess the situation in the association,” the statement continued.

The RFEF and the Spanish government insisted on Friday that Spain would go to the World Cup in Russia.

“I just can’t see that scenario,” Rajoy said at a press conference in Brussels. “I am absolutely convinced Spain will go to the World Cup, and will win.”

Sultan of Sokoto speaks about the the trending Hijab-Lawyer controversy