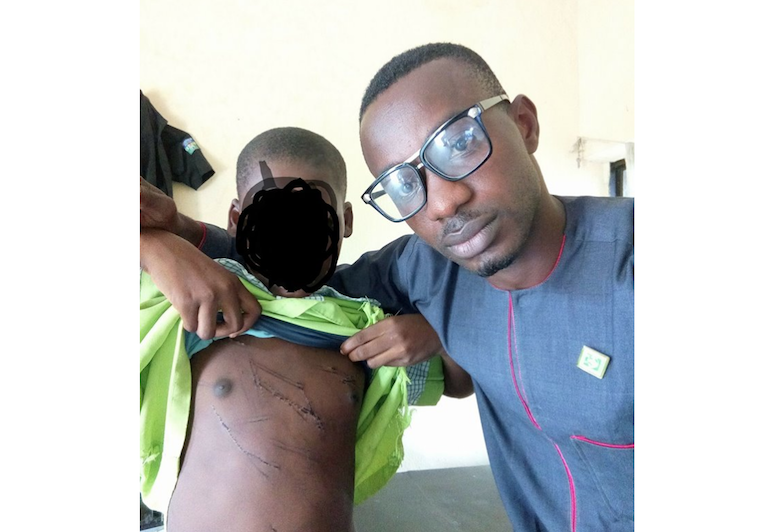 A little girl identified as Chiamaka, was allegedly molested, brutalized and raped by her aunt’s husband in Warri area of Delta state. The assistant secretary, Committee for the Defence of Human Rights (CDHR), Israel Joe, who shared the news on Facebook, also revealed that the man has been arrested as his wife (who is an elder sister to the victim’s mother) feigned ignorance to his shameless act…

Yesterday 4th December, I was called to a situation that made me wept right here in the city of Warri, Nigeria. Chiamaka have been severally harassed and raped by her uncle. Last week, this little girl declined and was brutally tortured to almost stupor by this callous uncle. After much beaten, she succumb and was again raped with blood gushing out of her body. She could hardly go to school with her tattered uniform and excruciating pains from both the rape and torture she got from this animal called uncle.

When she opened her body yesterday, with marks of wire all over her back, chest and stomach, and narrated her ordeal to her teacher, the school immediately called the police.The uncle was apprehended and his wife who is an elder sister to Chiamaka’s mother surprisingly was ignorant of this wickedness perpetuated by her husband. I guess you can’t look at her private part without a lion heart… You can’t but cry.

Thanks to the Nigerian police (QRS) as their investigations keeps on inspiring us and we shall pursue this case to a reasonable conclusion to ensure justice is done. We had to admit this young girl who could barely walk at the hospital yesterday. Why this rapes and sexual harassment against the girl child?

Why this gender violence against this child. It was as if I should just execute this idiot but the law must take her course even if my last penny will go for it.Better future still awaits this young girl and like Oprah Winfrey she will definitely bounce back greater.God bless Nigeria.