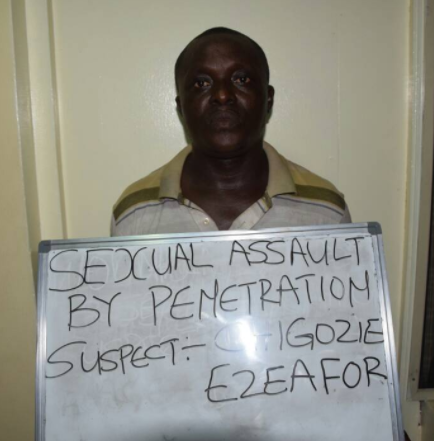 A married couple living at no 26 Aunty Toyin street, Kodeibo Estate, Ijegun Road, Isheri Oshun, Lagos have been arrested by the Lagos state police command for sexually assaulting and violating their househelp.

The husband, Chigozie Ezeofo was accused of trying to analy penetrate Miss Blessing Joseph, 19, whenever his wife was not around.

His wife, Mrs. Isioma Ezeofor was also of accused of beating up the girl at the slightest provocation.

The couple was arrested after a neighbour called the police to report that Mrs. Isioma poured hot water on the young girl.

Both husband and wife are being interrogated at the Gender Section of Lagos State Police Command and would be charged to court at the end of the investigation. 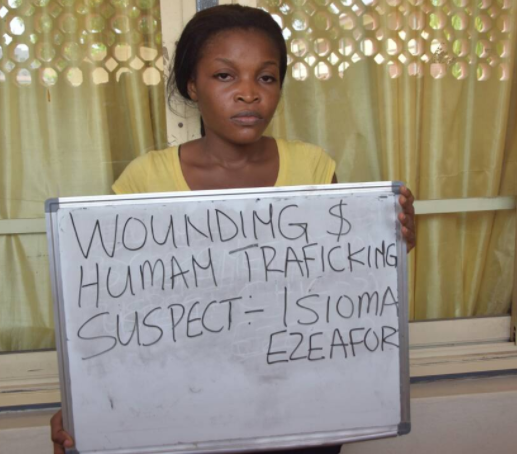