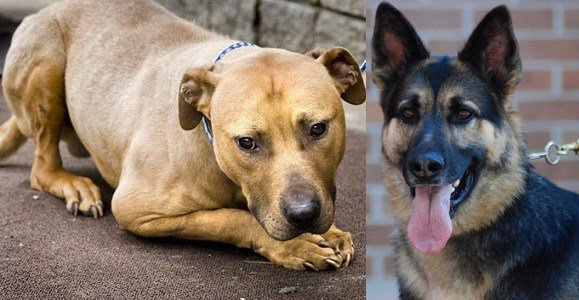 A 26-year-old lady has written to relationship expert, Joro on how she got involved in the trade of sleeping with dogs for money. According to the lady, she says her friends introduced her to the business, and assured her that she will get the sum of N3 million for patronizing the organizers. Upon arrival at the venue of her meeting, both the lady and her friend were offered a sum of N120,000 for attending. Their hosts were a bunch of expatriates who made them sleep with Alsatian dogs. The incident took place in Victoria Island, Lagos with foreigners in charge.The sex with Alsatian dogs, according to the 26-year-old lady, was explosive and ever since, she has been lusting after dogs.  She added that a white powder was put in the dog’s nose for ‘agility.’

She reportedly took to the ‘ill act’ after some of her mates in the University introduced her to the business to make money and earn a living since she was “swimming” in poverty. 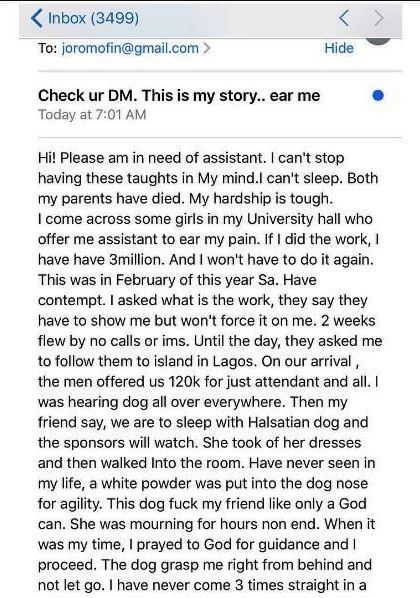