All you need to know about the richest man alive, Bill Gates – Net worth, cars, houses, jet, private Island, story and lifestyle (With Pics) 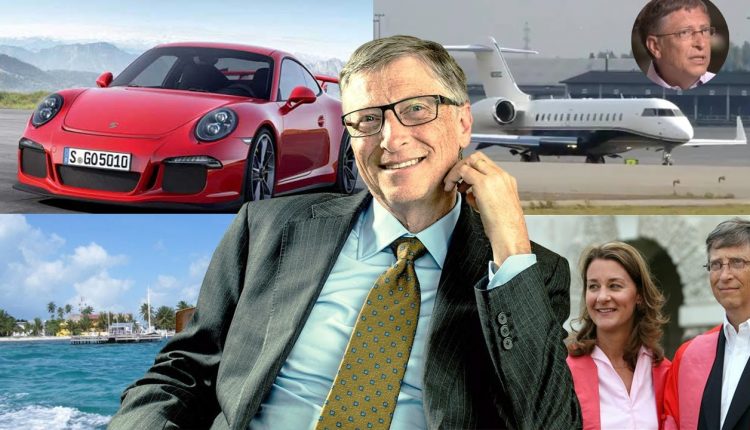 Bill Gates is an American business magnate, investor, author, philanthropist. He is best known as the CEO of Microsoft Corporation that is currently headquartered in Silicon Valley. Gates is one of the best-known entrepreneurs of the personal computer revolution. He has been criticised for his business tactics, which have been considered anti-competitive. He ran the company for 25 years until the year 2000, when he stepped down as CEO, later stepping down as chairman in 2014. Bill Gates has a net worth close to $90 Billion Dollars / £69 Billion Pounds Bill gates currently owns one of the largest private residences in the united states and its called Xanadu 2.0. The house overlooks Lake Washington in Medina, Washington and covers an area close to 66,000-square-foot and is noted for its design and the technology it incorporates.

The mansion is thought to be worth close to £200 Million Dollars and is designed like a pacific lodge.

It features an estate-wide server system, a 60-foot swimming pool with an underwater music system, a 2,500-square-foot gym, a 1,000-square-foot dining room, and heated floors and driveways.

The home also features an earth-sheltered house and a large private boat dock.

There is a massive trampoline room in the home with padded walls and a foam pit included.

Kate Henshaw reaches out to Iyabo Ojo on her birthday