Pastor Adeboye reveals what Nigerians should expect in 2018 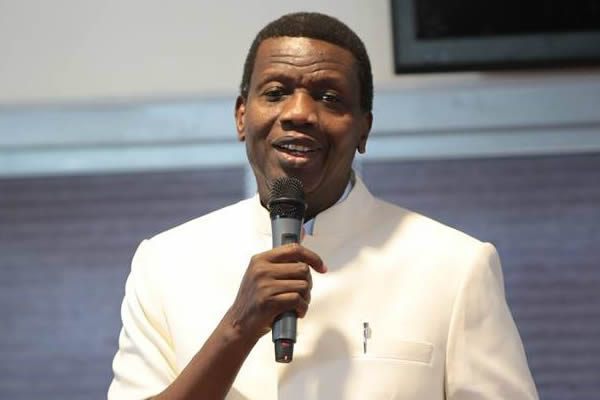 The General Overseer of the Redeemed Christian Church of God (RCCG), Worldwide, Pastor Enoch Adejare Adeboye, on Saturday in Osogbo declared that the coming year, 2018 would be far better than the outgoing 2017 for the country. In a report by Tribune, the man of God while made it known during Christmas visitation and “Let’s Go A Fishing” programme organised by his church in Osogbo, capital of Osun State.

According to him, despite the hardship faced by the people, the year 2018 would be better, just as he implored the citizens not to lose hope in the future of Nigeria.

Adeboye, who arrived Osogbo City Stadium, venue of the programme around 8.45 am said Jesus Christ died for everybody, saying it was imperative for everybody to love Jesus, who he described as the solution to myriad of challenges, confronting the world.

Making reference to the book of John, Chapter 3, Verse 16, he charged Nigerians and Osun people to love Jesus Christ, noting that solution to socio-economic problems in the nation, Africa and the global community lies in Jesus.

He, however, expressed happiness for being in his home state, Osun. He offered special prayer for the State, assuring that God would remember past sacrifices of the people of Nigeria, just as he encouraged all to move much more closer to God, with a view to get more favours and mercy from the Almighty.

God has told me when I will die – Pastor Adeboye