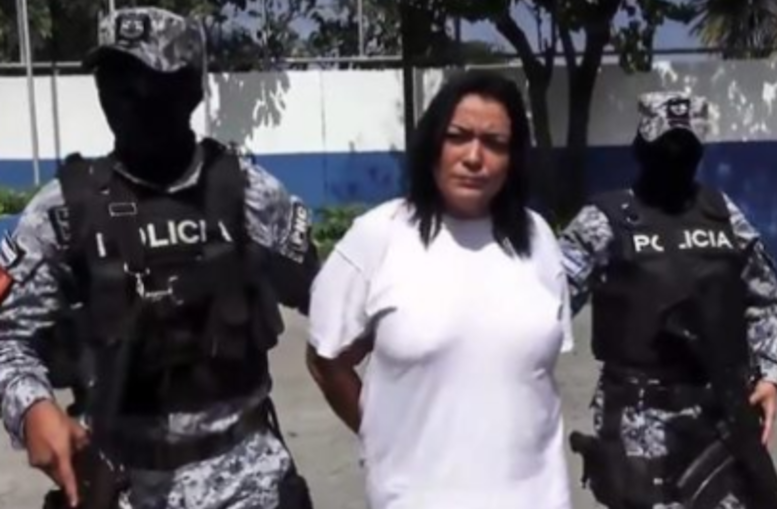 Marry and kill: A woman who leads a gang that recruits women to marry and murder men to claim their life insurance has been arrested. Esmeralda Aravel Flores Acosta, 39, has been dubbed the Black Widow. She was arrested in El Salvador, Central America following the deaths of several victims. Police said the gang led by Esmeralda recruited attractive girls in shopping centres and universities with the promise of taking them to the US. The young female recruits were made to marry men who are well off and then encouraged to get their husbands to get life insurance. T

Two or three weeks after, gang members were sent to murder the husbands. After the deaths of their new husbands, the young women were instead taken to Mexico where they were forced into prostitution.

San Salvador police chief said: “She pretended to be a housewife and told young women that they would marry eligible American bachelors and live in the United States.” 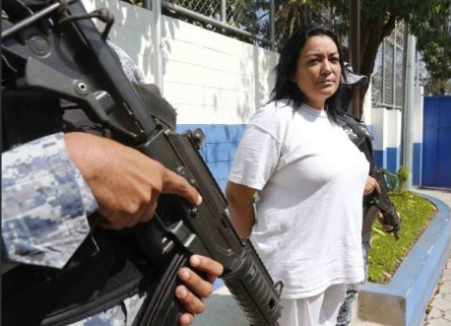 She said: “I declare myself innocent. I have never worked at home. I sell vehicles and I am a stylist.”

Flores Acosta is accused of aggravated human trafficking, conspiracy to commit aggravated homicide and aggravated fraud. Police say that over $145,000 has been claimed in insurance following the deaths of several victims. It is believed that Flores Acosta has been operating the violent scam for six months. Two other female gang members have also been arrested, one of whom is the Black Widow’s sister.