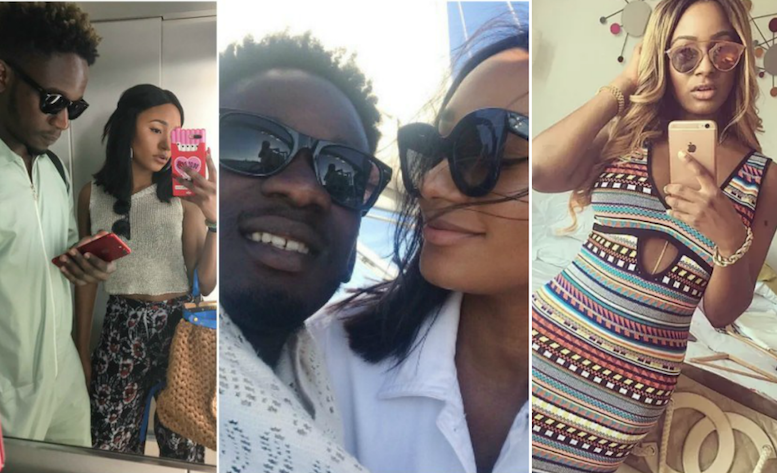 Otedola daughters: They’re heiresses to a billion dollar fortune and currently lead a jet-set lifestyle enjoying all the trappings of wealth. But the daughters of one of Africa’s richest men say they are not content being rich and famous in his shadow, and instead want to work hard to make names for themselves in their own right. Cuppy Otedola, 25, and her sister Temi, 21, are well-known in their home country of Nigeria because their father is energy tycoon Femi Otedola, worth an estimated £650million. He was listed as the 16th richest man in Africa by Forbes in 2015 and has million pound properties in New York, Dubai, London, Abuja and Lagos.

Beautiful moment Mr. Eazi performs for the Otedolas on board…

His wealth has enabled his daughters to attend expensive private schools in England, have designer wardrobes and be waited on by ten members of staff.

As well as jet-setting between the opulent family properties around the world, they also enjoy spending time on their father’s £7million yacht, have designer wardrobes and throw birthday parties that cost more than a fleet of supercars. But the sisters say their privileged upbringing does not make their lives easy and they feel under pressure to match up to their father’s success.
‘I am scared of always been his daughter and not getting past that, for me that means not being successful enough,’ Cuppy reveals on Channel 4 documentary Lagos To London, Britain’s New Super-Rich. ‘I am still masked by my dad’s success. If I didn’t try and make it outside Nigeria I would be unhappy.’