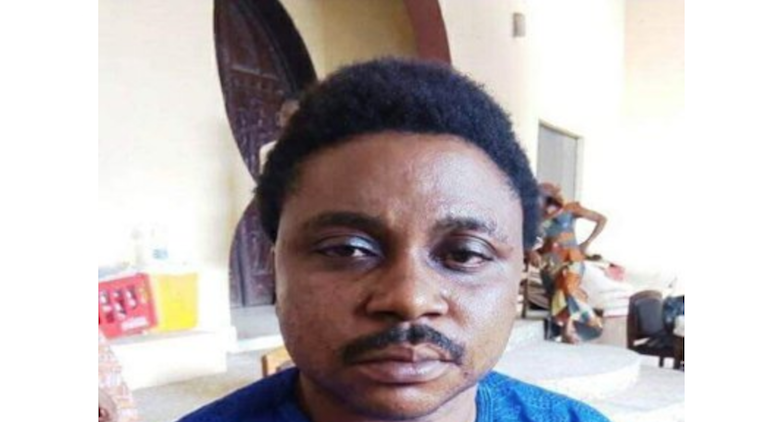 Prophet banished: The Ewi of Ado-Ekiti, Oba Adeyemo Adejugbe and his council of chiefs have banished a prophet, Oni Olakanye, from the town over the death of a woman seeking spiritual help in his custody. Olakanye, of Christ Apostolic Church (CAC), Palace of Mercy, Olokuta, Ado-Ekiti, was said to have carried out a “spiritual cleansing” on the woman, simply identified as Mrs. Olawale. The woman was said to have come all the way from Lagos to seek Olakanye’s help over her inability to conceive after over seven years of marriage.

The case was reported to the Ewi’s palace by her relatives after she took ill and her health deteriorated after the spiritual cleansing in Olakanye’s church.

The woman told the palace investigation committee and her relatives that Olakanye ordered her to remove her panties and placed a mirror under her private parts, which she said the prophet described as “spiritual examination.”

Olakanye allegedly asked Mrs. Omowale to take a spiritual bath standing on a mortar taking the bath with a black local soap and local sponge right in the presence of the prophet.

After the bath, the prophet was alleged to have told the deceased to lie down on a bed inside a room where he spread a white cloth over her and pour a liquid substance on her private part.

Olakanye was also alleged to have used his manhood to push the liquid substance into the deceased genital.

The prophet allegedly collected the sum of N50,000 from her being payment for the items used for the assignment and later gave her a ball-shaped item to insert inside her genitals when she returned to Lagos.

She was also given a black local soap which she should use to wash her genitals and breasts.

After carrying out the Prophet’s order few days later, she discovered her private part began to get rotten and smelling. She was taken to different hospitals in Lagos for treatment but all to no avail.

When all her efforts yielded no result, she narrated what transpired between her and Olakanye to family members who stormed Ado-Ekiti in October to meet the prophet.

Following his alleged refusal to cooperate with the woman’s family, the prophet was dragged to the Ewi’s palace which swung into action and launched an investigation.

Olakanye, who admitted knowing the deceased, claimed that she only assisted the woman to tackle her barrenness.

He denied allegations levelled against him.
The palace handed over the prophet to the police to continue investigation but he was later granted bail after.

The monarch immediately handed over the prophet to the police to take over the matter. Olakanye promised to cure the woman and was later granted bail by the police.

But Mrs. Olawale’s death on December 13 prompted another visit to the palace by her family with the Ewi-in-Council giving its verdict that Olakanye be banished from Ado-Ekiti forthwith and should not be seen in the town and its environs.

Police spokesman Alberto Adeyemi said the prophet had already been charged to court. He said the charge would be amended following the reported death of the woman.

AAU Lecturer and ASUU Chairman, Monday Igbafen suspended over sex for marks and…