Sad: Celebrity couple, AKA and Bonang Matheba have called it quits – they are so hot together 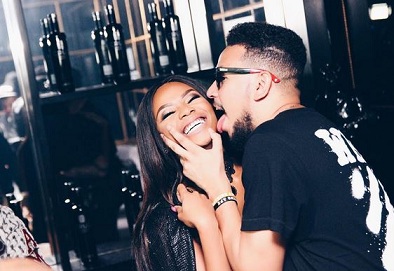 The South African rapper made the announcement late last night, December 29, via his Twitter page.

He revealed that himself and the media personality have decided to call their relationship that’s barely two year old, quits.

AKA said that he decided to share the news to allow Botang move on while wishing her well.

You would recall that earlier this year, AKA announced that they had split only to reveal a few days later that had simply had a misunderstanding.

Bonang and AKA started dating after months of speculation that they were having an affair while the rapper dated his ex-girlfriend, DJ Zinhle (Ntombezinhle Jiyane).

AKA and Bonang Matheba swiftly denied the allegations even though the rapper was spotted with her shortly after DJ Zinhle made a statement exposing the affair.

The pair were quiet for a while until January 2016. The two lovebirds went to a beach resort in Mozambique separately as part of their plan to spend some time together.

It seemed at the time that the initial negative backlash AKA and Bonang got  from the beginning of their relationship had faded and they were quickly becoming South Africa’s hottest couple but sadly, all good things come to an end.

AKA shares a baby girl, Kairo Forbes, with DJ Zinhle.