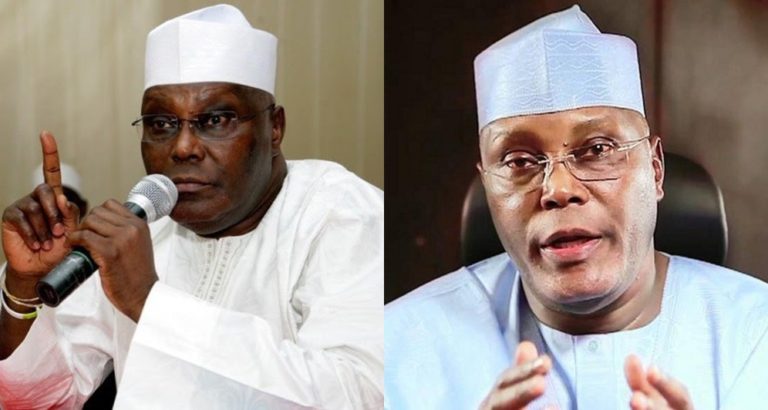 A coalition of Niger Delta Youth has advised former Vice President Atiku Abubakar to suspend his presidential ambition. The group asked him to rather sit back and play leadership role in the Peoples Democratic Party, PDP. The group also cautioned Senator Ben-Murray Bruce for flaunting Atiku, reminding him that Atiku was the reason that former President Goodluck Jonathan lost his reelection in 2015. The coalition in a statement signed by its Chairman, Harry Lawson and Secretary, Preye Wilson, on Wednesday, welcomed the Turaki of Adamawa into the party but urged forget his presidential ambition.

The statement read: “We, the Niger Delta Coalition wish to welcome former Vice President Atiku Abubakar back to the umbrella, a party he formed with other eminent Nigerians in 1998.

“We wish to remind the former Vice President that he destroyed, battered and abandoned the PDP on the October 31st 2013 for a greener pasture in another political party when he was needed most.

“However, we welcome Atiku Abubakar back to the PDP, the party which he called his home. We are happy he has realised his wrong decisions and is back to make amends.

“Nevertheless, we wish to tell him that if PDP is truly his home as he has claimed, then we expect that he plays nothing less than a leadership role in the party. He should channel all his efforts towards the reconstruction, strengthening and building a strong political base for the party. He should truly be a leader and help the party develop winning strategies. He should help in reconciling and bringing back aggrieved members.

“We from the Niger Delta are still nursing the wounds over the role he played that frustrated the re-election of former President Goodluck Jonathan in 2015. We are also aware that Atiku is wielding so much financial lobby in the Niger Delta to gather support for his Presidential ambition” they said.

“We expect that the former Vice President should for now bury his Presidential ambition as a display of uncommon leadership and as part of his atonement. He should rather work towards assisting the party to produce an impeccable and credible candidate that will help PDP wrestle the Presidency from the ruling All Progressives Congress, come 2019.”

The coalition also cautioned Senator Bruce for his recent romance with the former vice President at the expense of the region.

“We call on all the leaders from the region especially Senator Ben-Murray Bruce not to fall for his inducements but courageously advice him to be an exemplary leader and allow those who have been dedicated their energy and time to the party to take the shot,” the statement said.

Buhari condoles with Atiku Abubakar over the death of his aide