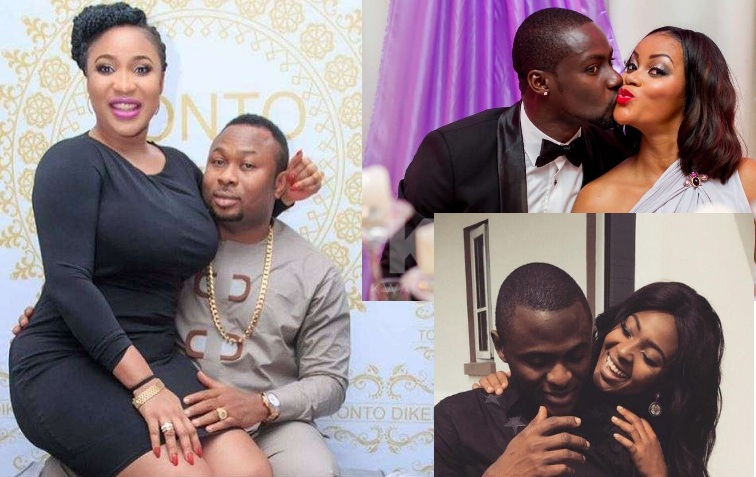 When a man and woman decide to come together and start a family, a celebration of love and life party is thrown and in the presence of friends and family, they exchange sacred oaths. However, marriage is a societal created institution and just like every other system orchestrated by society, it either fails or works depending on the candidates.

Nigerian celebrities have managed to find a way to keep the eyes of the public on them. With social media, they show the best of their lives and have millions wishing to be just like them. It takes a new turn when two celebrities decide to come together as husband and wife, fans unite and love stories are rewritten in the hearts of many.

However, the only constant thing is change and while the most beautiful celebrities might come together, there is no magic that can hold down two individuals set on going their separate ways.

10 celebrity breakups that left us speechless – No one…

Her are 4 most painful celebrity breakups that rocked the internet in 2017: The 7-year-old marriage of Nollywood actress, Mercy Aigbe and her hotelier husband, Lanre Gentry, came crashing down over claims of domestic violence and emotional torture.

The news left most fans in shock with many wishing that the best comes out of the bad situation being talked about. The couple tied the knot in 2013 and had a beautiful marriage blessed with a son and children from previous marriages they both had been in.

However, experience didn’t help either of them when trouble came knocking in April 2017. Mercy released photos revealing that she had been a punching bag to Lanre, she later claimed the hotelier was sleeping with her workers and disrespecting her.

Gentry who faced heavy backlash from social media users came out to set the record straight, revealing why his marriage to the actress was in trouble and in the process of getting fixed. There’s been rumours of the couple trying to settle things in private and hopes that they get back together. Although, Gentry was charged to court over the battering accusations and was released after being reprimanded in Kirikiri prisons on bail of N500k and two sureties.