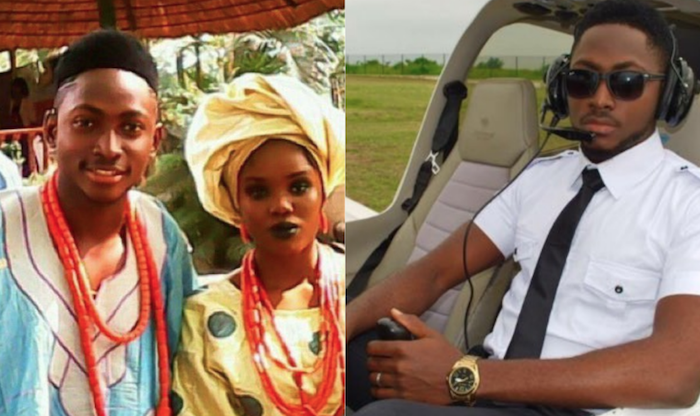 BBNaija Miracle: Big Brother Naija season 3 has started and as always the drama that comes with it is always fast and hot. Just few hours into the LIVE show, Twitter investigators are already out with receipts on a particular housemate, Miracle, a handsome pilot. BBNaija Miracle who revealed that he is currently available has been spotted with a wedding band on some of his Instagram photos which has left many Nigerians asking if Miracle is yet another Thin Tall Tony? Recall that Thin Tall Tony, an ex-housemate from Big Brother Naija 2017, lied to his housemates and viewers about his marital status.

While it is not clear if Miracle is married, the picture however shows us a wedding band. BBNaija Miracle is a Nigerian pilot whose plan is to showcase what he’s made of in the Big Brother Naija house this season. According to him, this platform doesn’t mean he is ready to give up his flying life rather a platform to help boost his intending career Miracle is a pilot who enjoys dancing & camping. He is 24 years old and single. He plans to charm the ladies whilst in the House and believes fans will find him unique too. If he wins the prize money, he’ll get more aeronautic training and help his family. Will this picture of him rocking a wedding band affect his game or will fans just ignore this new revelation and decide to watch BBNaija Miracle thrill them?

Well, the ladies are not smiling as they have dug up his Instagram account and the followers literally doubled within the hour…. As the show goes on and with 85 days of solitude, we expect nothing but drama, entertainment and fun in this year’s BBNaija Double Wahala both in the house and amongst fans and looks like this is one avenue for that drama to start.

The Big Brother Naija 2018 kicked off Sunday night with twenty housemates battling for the winning prize of N45 million and an SUV as announced earlier by the organiser, M-Net West Africa

The housemates would be staying at the Big Brother House for the next eleven weeks to entertain TV viewers across Africa and beyond.

To avoid having baby mamas, I use condoms when I sleep with girls – Adekunle Gold