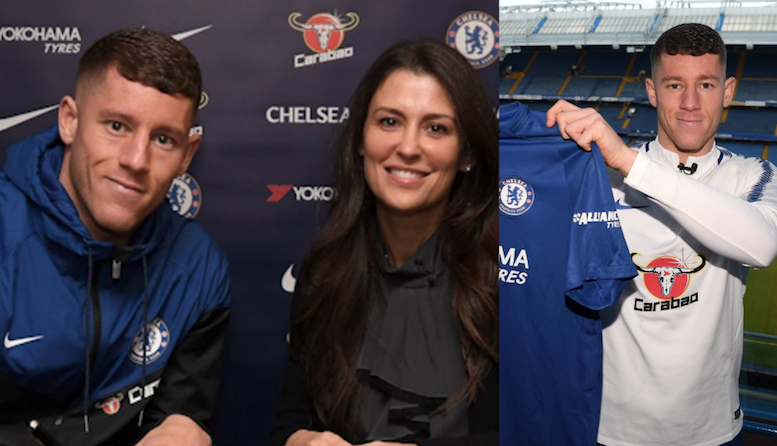 Ross Barkley: Chelsea Football Club has today completed the signing of Ross Barkley from Everton. The 24-year-old has signed a five-and-a-half-year contract and will wear the number 8 shirt. Upon signing for the Premier League champions, Barkley said: ‘I’m overwhelmed, I’m looking forward to it and I’m really excited to get started. ‘To be given a fresh start at a new club like Chelsea, it’s unbelievable for me. I’m looking forward to continuing where I left off at the end of last season and hoping to improve and add more goals to my game.’

Club director Marina Granovskaia added: ‘Ross is a player we have long admired and are certain he will prove to be an important player for Chelsea. He possesses outstanding technical and physical attributes, matched with good experience ofthe Premier League and a strong desire to succeed at the highest level. We welcome him to the club and look forward to seeing him in action.’

Barkley arrives with a wealth of experience for a player so young, having already made 150 Premier League appearances for Everton, as well as being named in England squads for both the World Cup and European Championships.

His versatility ensures he can play just behind the striker, in a deeper midfield role or in an advanced wide position, with his ability to get on the ball and create chances one of the player’s biggest strengths.

A hamstring injury at the beginning of the current campaign has kept him out since August, which means he is eligible to play for the Blues in all four competitions.