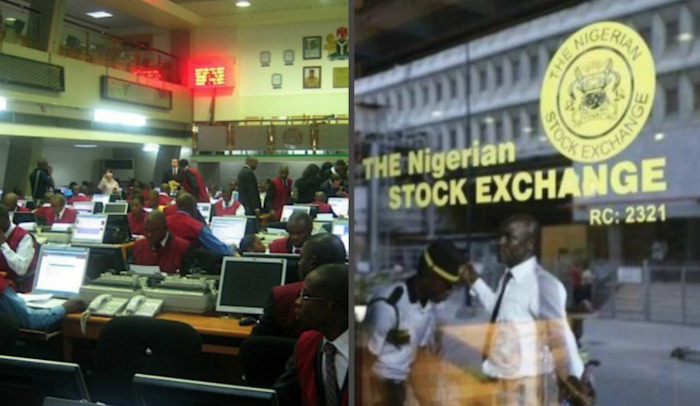 Best Performing Stock: In the outgone year 2017, the best performing stock on the Nigerian Stock Exchange (NSE) was Dangote Sugar Refinery Plc. Last year was a very good one for the local bourse and a number of equities performed relatively well at the market. For the first time in three years, the Nigerian stocks market closed the year in the positive territory, as the NSE All-Share Index (ASI) returned 42.30 percent year-on-year. Consequently, market capitalisation advanced significantly to close at N13.61 trillion in contrast to N9.25 trillion as at the end of 2016.

Eyes Of Lagos gathered that, A report by CNN, a global news platform, revealed that the Nigerian stock market was the third best performing market in the world in 2017, doing better than the United States market. Performance across sectors was broadly impressive, with 65 stocks posting price appreciation, while 32 stocks recorded price declines. Dangote Sugar Refinery recorded highest capital appreciation as it closed the year at N20, from N6.11 it opened, leaving its shareholders 227.33 per cent better.

Another stock that did well was International Breweries Plc, which recorded a 194.59 percent growth, Fidelity Bank Plc increased by 192.86 percent in 2017, Fidson Healthcare Plc went up by 189.06 percent, while Dangote Flour Plc advanced by 185.88 percent last year. The company’s share price close the year higher ahead of analysts’ projection. Analysts at Cordros Capital Limited, in November projected a target price (TP) of N19.03 at full year 2017, while analysts at Cardinal Stone Finance, another Lagos based investment house, put their TP for Dangote Sugar at N16.29. But both projections were beaten by huge margins with the stock closing the year at N20.

However, analysts at both institutions as well as others had given a bullish perspective to the nine-month 2017 financial results and other business facts of the sugar giant, a major factor in stimulating the ensuing bullish position on the stock by investors in the period. Dangote Sugar in third quarter financial results for the period ended September 30, 2017 reported impressive earnings of N 26.5 billion, which is already 1.8 times higher than N10.1 billion reported in full year of 2016.

Reflecting on this performance, analysts at CardinalStone had stated “given this run rate, we believe the company is on track to deliver its strongest earnings in full year 2017.” Focusing on the third quarter, despite a 0.95 per cent year-on-year (YoY) decline in revenue, earnings rose by 244.3 percent YoY as a result of a faster decline in cost of sales. This largely steered the 2,153 bases points (bps) YoY increase in third quarter 2017 gross margin. Likewise, on a quarterly basis, gross margin expanded albeit modestly by 68bps, also driven by lower production costs.

Industry commentators noted that Dangote Sugar continues to benefit from easier accessibility to foreign exchange (for its imported inputs), relatively improved gas supply as well as currently soft raw sugar prices in international markets. It would be recalled that on the 2016 full year earnings call, management of Dangote Sugar said it plans to achieve 20 per cent gross margin in 2017 full year versus 13.5 per cent in 2016 full year, assuming forex is purchased at a relatively lower average rate and higher output is realised from Savannah where margins are higher. Last week, analysts at Cordros Capital had placed Hold on Dangote shares, meaning investors should hold on their shares, having potentials to grow higher.

According to them, the shares of Dangote Sugar appreciated by 1.83 per cent toN20.00. Dangote Sugar trades at forward Price Earning (PE) of 6.5x, lower than its five-year historical average of 7.5x. They noted that Dangote Q3, 2017 result, showing revenue declined one per cent year-on-year, while Earnings Before Interest Tax Depreciation and Amortization (EBITDA) and profit after tax grew strongly by 226 per cent and 244 per cent year-on-year, respectively. According to Cordros Capital, continued stronger gross margin and tamed operating expenditure (Opex), primarily, in addition to higher investment income, was the lever for earnings growth. The decline in revenue, was driven by lower sales volume, which more than offset the relatively higher price. Compared to 2016, sales volume has closed lower in all three quarters in 2017 in response to the sharp increase in price. “The management reduced the per bag price of sugar by N1, 000, effective in April, to help support sales.

Despite cuts to sales estimates, we raise Dangote Sugar’s 2017 full year EBITDA and net profit by 50 per cent each, and for 2018 and 2019 full year by 55 per cent and 56 per cent respectively. The upward revision follows better margin outlook on declining per tonne production cost, which we expect will offset price cuts. “Our revised estimates translate to EBITDA and net profit growth of 158 per cent and155 per cent respectively in 2017 full year and three per cent and five per cent average growth in 2018 to 2019 full year. “We cut revenue estimates for 2017 to 2019 full year by 10 per cent average, on downwardly revised volume and selling price estimates Sales volume has been hit by weakened demand and more recently, by both the influx of smuggled sugar and the terrible condition of the road to the Apapa factory” the analyst firm said. They also foresaw better performance of the sector following better energy efficiency and stronger exchange rate, stable outlook of global raw sugar prices and positive mix from growing contribution of higher margin Savannah.

A further financial analysis and forecast by CardinalStone gives more investor information on positioning in the sugar giant’s stock in the short-to-medium term. The analysts stated, “Dangote Sugar continues to carry a modest debt balance sheet thus, in the absence of finance cost pressures as well as sustained efforts to contain operating expenses, we expect the benefits of expanded gross margin to filter through to earnings, and project full year 2017 EPS (earnings per share) at N3.14, representing a 161.7 per cent increase over full year 2016. “In the last three years, Dangote Sugar has on average paid 48 per cent of its earnings as dividend.

Given this, we estimate a final dividend of N1.00, bringing our estimated total dividend to N1.50. The company paid an interim dividend of 50 kobo following the release of its first half 2017, earnings. In 2018, they expect the impact of lower production costs to reinforce earnings on the back of sustained foreign exchange (FX) stability, strengthened by improved crude oil output and higher crude oil price and favourable raw sugar prices, which is expected to remain lower in the near term on improved harvest in Brazil and India

Nigerian man proposes to his lady on a boat at one of the Seven wonders of the World.. Then this happens… (Photos)