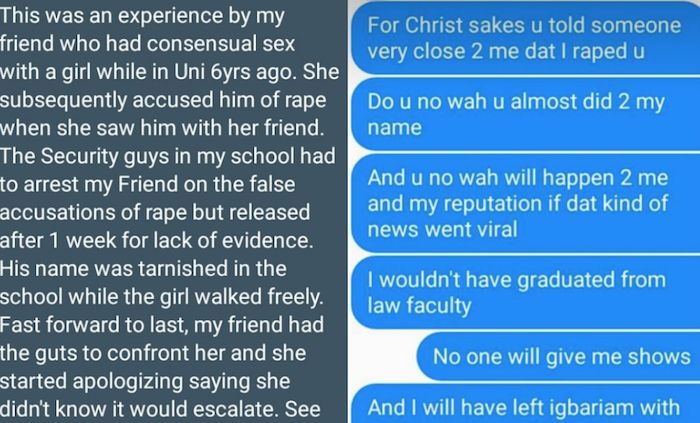 Sometimes, guys are falsely accused of rape by bitter women, and that’s sad. The whole Dorcas and Taxify driver saga has made a Twitter user reveal how his friend who had consensual sex with a girl, was accused of rape by her after she saw him with her friend. According to the story sent to Subdelivery on Twitter, it happened 6 years ago in the university, the boy was arrested and released one week later because of lack of evidence. The guy later confronted the girl, and she said she didn’t know it would escalate.

It’s sad that some women just accuse guys of rape without thinking of how it can affect the guy’s image.