‘I lost my job, my house to an Instagram slay queen after she accused me of rape’ – This story will leave you in tears 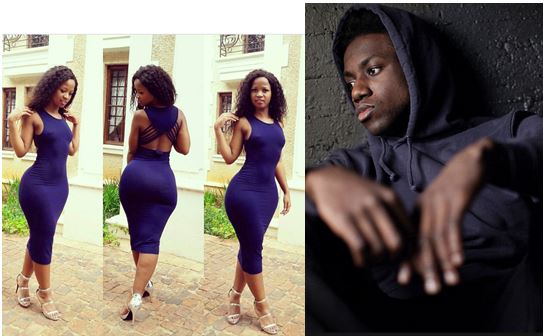 Some weeks ago, a young lady, MissAyoms took to Twitter to reveal how an Abuja based man, Zeal raped her under he guise of giving her a job. Zeal has now taken to social media to share his own side of the story, and according to him, he didn’t rape but had consensual sex with her three times. He added that the lady is only accusing him of rape because he refused to give her the money which he had earlier promised her. He wrote;

Who are you and why are you trying to remove my Plasma TV?…

All I wanted was a fling when I met him on Facebook, but I…

Few days after Christmas I decided to hang out with friends, so we drove to Kristal lounge. Getting there I saw this girl sitted with her friend. She was looking so good so I sent a waitress to help me call her, she responded and walked down to me. First of all I apologized for not going to her myself she told me her name and I asked her if I could take her home,she was okay with me taking her home but she made mentioned that I had to wait a bit so her friend can get someone to go home with her too that she was new around.I agreed to wait and she went back to her friend. After about 30mins my friend decided that we should leave Kristal lounge to Moscow so I called her back and exchanged numbers, that I was going to call her. I left wit my friends to Moscow getting there it was really dry we stayed there for about 1hr then we drove to sofa lounge walking down the stirs of sofa lounge I sighted this same set of girls already hooked up with 2 men wit big tommy,drinks lined up and they where all dancing. I couldn’t go close but I waved at her, after which we did not even stay for anoda 5mins before we all decided to return home..so after then we kept chatting. I asked her what she does for living she told me she just finished service, she schooled at university of jos bla bla bla. I told her about my small hangout spot if she was interested in working with me and she said yes (I won’t lie that I do not have any intention of giving her a job.I only used that to make my parole easier)she picked up interest and I promised to show her the place whenever she comes around.

And that was all…on the 5th if January that was on a friday I chatted her up at around 4.30 asking if shes going to be free to come out and she replied saying her coming out will require making her hair(in my mind I was thinking what if she wants me to pay for the hair)so jokingly I told her to make her hair that I was going to pay for it. later she called me that she is already making her hair and I told her to keep me posted… Later she called me asking if I don’t mind her friend coming with her..do I have anybody that I can hookup with her friend and I said she would have told me earlier, I would have talked to a friend buh next tym I promise I will hook her friend up. Then she mentioned that she has sent her account number and that hope i don’t mind sending the money I intend to give before coming buh I told her not to wry that she is going to enjoy her stay. She also made mention that she would like to go clubbing and I told her not to wry anything she wants its fine. she can even change her clothes in my car. After a while she called me that she is at berger…I drove down to berger to pick her getting to berger I saw an old frnd of myn so I picked her up before picking Stella..so I drove down to lugbe to drop my old friend. We kept on gusting while we drove down to a sit out at maitama…she ordered for shisha and chapman she sat there for over an 1hr we decide to join my frnds at area 8 emirade garden. Getting there the place wasn’t conducive for us the weather was too cold we decided to leave for vanilla at maitama.

Who are you and why are you trying to remove my Plasma TV? – Man asks a…

All I wanted was a fling when I met him on Facebook, but I got hooked after we…

Drive her crazy this New Year!! Top 10 lovely good morning SMS for your girlfriend to…

WARNING!! Check out 10 types of women a man should never consider marrying –…