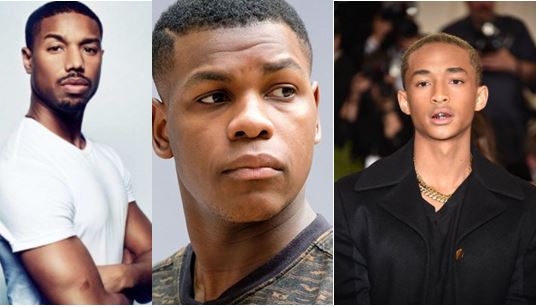 Age: 30-February 9, 1987Michael B. Jordan is best known for his performance in the film Fruitvale Station where he played Oscar Grant. Prior to that role he was most notably known for his role as Wallace in the HBO hit series The Wire.

Nollywood demarkets Nigeria to the world by demonising our… Age: 31-May 17, 1986
Tahj, is no new face to Hollywood, in fact, you might remember him from his days starring in the Disney Channel television show Smart Guy. Mowry is the younger brother of twin actresses Tia and Tamera. Age: 18- July 8, 1998
Smith is the youngest son of Hollywood stars Will and Jada Pinkett-Smith. Jaden became known starring in the films Pursuit of Happyness and The Karate Kid. Glover is an actor, writer, producer, comedian, rapper, singer, and songwriter. He performs as a stage artist under the stage name Childish Gambino, and as a disc jockey, he performs under the name mcDJ

How I met, fell in love and married Okon Lagos – Wife speaks