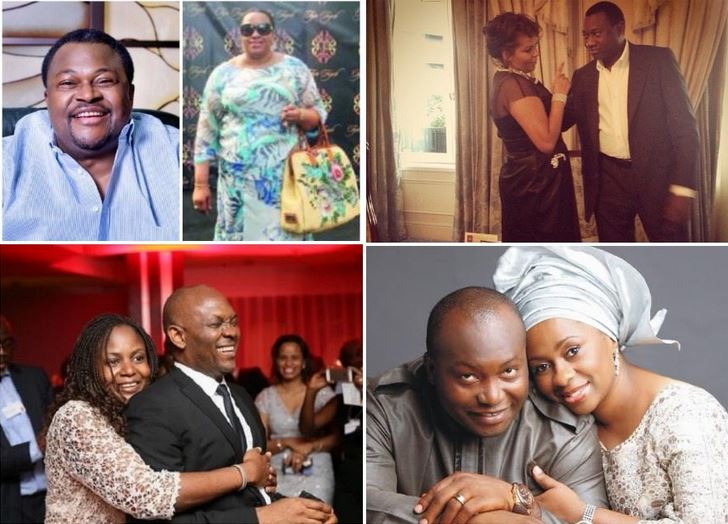 Wives of Nigerian Billionaires: Behind the money, fame and power that popular Nigerian billionaires exude are some women of steel who you may never have heard of. While trying to discover the success secrets of some of Nigeria’s richest men, it is also pertinent to explore the pillars behind their success stories. Below are 6 Nigerian billionaire wives to note:

Titi is the wife of Otunba Michael Adeniyi Ishola Adenuga, billionaire business mogul, and Nigeria’s second richest man. Adenuga who is majorly into oil & gas and Telecom is the owner of Globacom and Conoil.

The delectable 51-year-old Titi fondly called ‘Tizzle Girl’ is Adenuga’s second wife after his first marriage to Folake turned awry. The couple met at the defunct Devcom Merchant Bank while Titi was job-hunting and are today happily married with two children (Sade and Niyi.

Titi is the daughter of Pa. Elijah and Madam Susan Okome, of the Itsekiri tribe of Delta State. She is also a graduate of the famous Obafemi Awolowo University in Ile-Ife, Osun State.

Titi who is hardly seen at public functions exudes a notion that she takes herself very lightly despite her social standing.

The heartwarming story of Paul Okoye and his wife – How they met, age difference, their children and much more (PHOTOS)

Cossy Orjakor thrown into mourning as she loses father