All you need to know about veteran Nollywood actress, Patience Ozokwor – Her childhood, how her husband died, children, net worth & many more (With Pics) 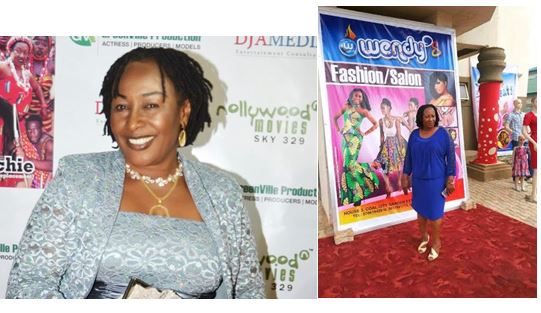 In 2005 Patience Ozokwor won the Best Supporting Actress of the Year Award at the 10th African Movie Academy Awards. She has acted in more than 250 Nollywood movies which include Living in Bondage, My Sweet Mother, Aguba, Witches, Atinga, The Coven, Idemili, The Calabash, Old School, etc. Many people have misunderstood her to be an evil person due to the kind of role she plays in movie.

Patience Ozokwor have resigned in active movie production and is currently an evangelist ministering the gospel of God. According to her, an angel came to her in her dream and told her that God said she should stop her acting career and serve him. That is how she became an evangelist and started preaching the word of God.

Patience Ozokwor opened a multi-million Naira plaza in Coal City Garden Enugu on Saturday March 29th, 2013. She’s a previous brand ambassador for MTN. She is currently one of the richest & most influential actress in Nigeria with an estimated net worth of $500,000.

How I caught my cheating fiancee during the Christmas holiday – Guys, you will fear women when you read this

Here is everything you need to know about Afro beat legend, Fela Anikulapo – How he died, his wives, net worth & more (With Pics)