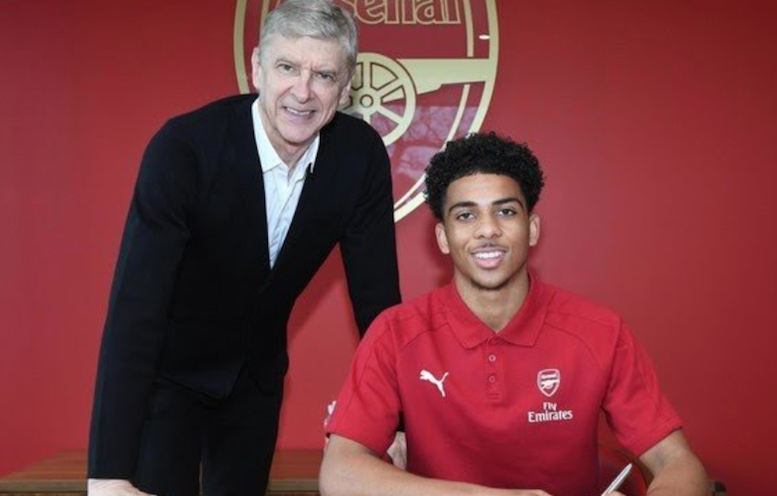 Talented Nigerian winger Xavier Amaechi has signed his first professional contract with Arsenal Football Club. Amaechi’s signing was announced on Arsenal’s official website on Friday with a picture of him and Arsene Wenger while putting pen to paper.  Xavier, who turned 17 on Thursday, has featured for both Arsenal’s under-23s and under-18s this season. He has been at the club since the age of 12, having joined in August 2013.

“We would like to congratulate Xavier on his new contract and look forward to his continued progress at the club”, the statement on the club’s website reads.