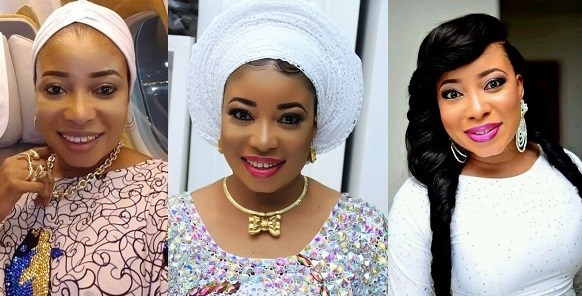 Nollywood actress and business woman Liz Anjorin has finally revealed one of her biggest secrets concerning her faith and belief. The beautiful filmmaker who used to be known as a Christian, suddenly shifted from being a believer to a Moslem about five years ago raising speculations that a man made her change her faith and religion.

Although She refuted the claims that she was dumping Christianity for a man, she never really revealed the real reasons behind her huge decision.

However, the actress has now taken to her Instagram page to reveal her reasons for the religious interchange.

According to her, her mother was born into a Muslim home but married Christian, however when poverty struck and they became homeless, they sought refuge in churches, sleeping in different churches at night and automatically, they be smelling believers.

“When my mom died, more than ten churches rejected her corpse for burial” the actress said. Despite her desperation and sorrow and the looming nationwide strike ahead, plus her mother’s instructions, she couldn’t find a church to help her.

The actress however found one, but there were ‘things’ involved which she didn’t share.

“Through it all, it was the faith I rejected that stood by me, prayed for my mom’s corpse, performed only the necessary rites while the church only gave us burial space after much fuss”

After this, the actress pledged to go to Hajj and she’s been a Moslem ever since contrary to claims that a man changed her heart and faith.

“Nigerians have been impatient with my music talent” – BBNaija winner, Efe