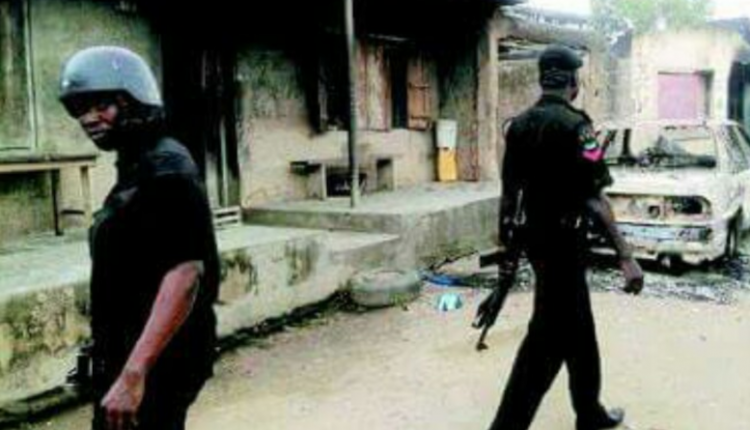 POLICE officers in Delta State have apprehended a member of the Indigenous People of Biafra, IPOB, Victor, who allegedly locked away and raped a 29-year-old woman through the anus at his residence in Okwe, near Asaba, capital of the state. The IPOB member arrested with various paraphernalia of the group and fetish items, however, claimed the woman was his girlfriend.

Outgoing Commissioner of Police in the state, Mr. Zanna Ibrahim, who confirmed the arrest, however, said that Victor lied.

His words: “The complainant reported that at about 19.00 hours on November 26, 2017, she boarded a vehicle from Onitsha in Anambra State to Asaba, and arrived Koka Junction, by Ibusa Road, Asaba, at about 19.14 hours.

“She could not see a vehicle at the motor park to board to Isoko as it was late. She stated further that the suspect, who is a bus driver deceived her to accompany him to his house under the pretence of assisting her to pass the night in his place so that she could continue the journey the following day.

“To her greatest surprise, at midnight, the suspect force her and unlawfully made love to her through the anus by tying her mouth with cloth and putting on a generator and loud music so that his neighbours would not know what was happening.

“At about O4.30 hours, when the victim noticed that the suspect was in a deep sleep, she carefully collected the key from where the suspect hid it, opened the entrance door and escaped to inform the Police and vigilante, who immediately swung into action and arrested the suspect,” the commissioner said.