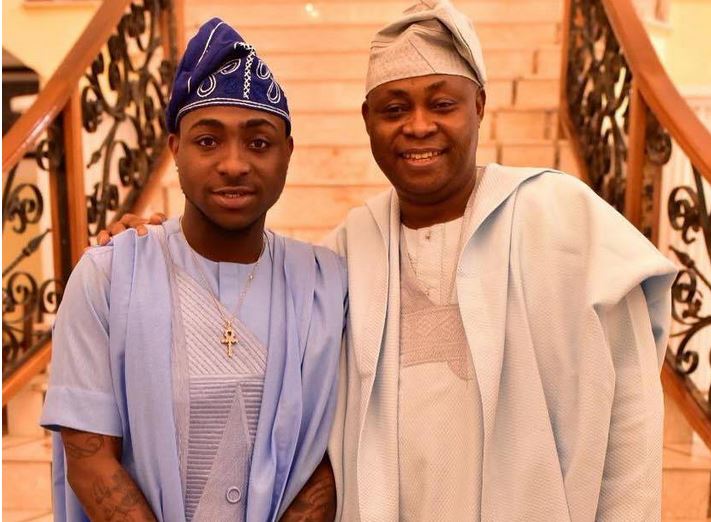 Multi-award winning Nigerian star David Adedeji Adeleke aka Davido has in a recent interview with Financial Times, revealed how he was able to convince his father to allow him pursue his dream to become a musician. 25-year-old Davido opened up about his noting that:

“Funnily enough, this is the first time that I’ve won European awards,” says Davido, in sweetly raspy tones. “I realised that when I really focused on Africa and my culture, that’s when people started recognising me. I travel a lot, but I know the kind of environment I need to be in; I’d rather create the music at home, in Lagos. The travelling distracts me, because there’s so much going on.”

On  Why is it that the western mainstream has now experienced an awakening of African talents, Davido says

“It’s the internet and social media. I’m telling you, Nigerian people have a supportive force, and an amazing energy. Beyoncé and Kanye felt it on their visits, but Nigeria has always been very big on entertainment; when I was little, a big artist would come over to play every Christmas. Now the music industry in Nigeria is like a government ministry; it’s worth billions. There are so many artists in Nigeria that you might not have heard of, but trust me, they’re doing well.”

Davido who has never played down his own wealthy background and his 2012 debut album aptly entitled Omo Baba Olowo (Yoruba for “Son of a rich man”), reveals his dad did not initially want him to go into music noting:

“My dad didn’t like me doing music!” laughs Davido. “If he saw my face on a billboard, he’d arrest everybody at that show! But when I made the song ‘Dami Duro’ [2011], it became the biggest track in Africa; it’s saying: ‘I’m the son of a rich man, you can’t stop me, and people love me.’ It now feels good for dad to see that music can take me this far.” He continues “In Nigeria, we all mix sounds together and collaborate; it’s natural,” says Davido. He prefers to call his own music “afrofusion”, with elements including hip-hop, Ghanaian high life, South African kwaito, and R&B. “It’s been generalised as afrobeats, but I have songs that sound like afropop, afrotrap . . . ”

John Boyega replies the Nigerian who begged him to marry her