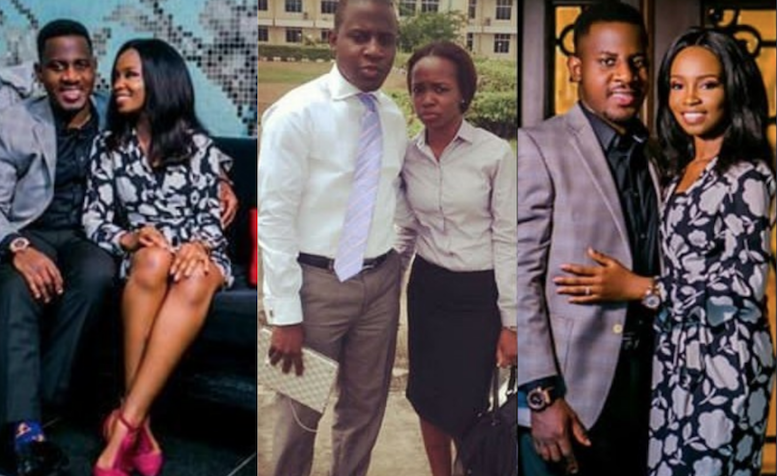 Below is a love story of two course mates at Bowen University Iwo,their love burned between each other and it led to a stunning transformation,from Course mates to Soulmates. JoelsBlog Reached out to the couple and they told us their story,Ayo the groom with the IG handle: @dheji_ said he met his hearthrobe,@Ifeoluwah at a Physic’s Lecture 100 level of Bowen University, He was shy and couldn’t bring himself to ask her out. It was his best friend Efe who happened to be the friend of his wife to be that helped him out using Ifeoluwah’s uncomfortable situation to his advantage.

Efe introduced the couple to each other and left them to sort whatever they needed from Each other. Read their love story below;

Ayo (The groom): It was physics lecture 100 level Bowen University Iwo. A mutual friend introduced us to each other.

Bride: Efe I missed the last phy110 class, how do I get the notes

Efe: I have a friend(groom), he’s a ‘brainy’ he’ll have taken notes in the class.

A few hours later
Efe: Ife (bride) This is Ayo (groom) my friend I told you about.

Groom: Here it is. have it

Bride: Flips through the note (* what kind of horrible handwriting is this*), Efe I can’t use this note I can’t see his writing,

Efe: ehn give it back to him na…….to be continued
Honestly can’t remember what happened afterwards, we just became inseparable from that moment on wards. Sometimes a bad handwriting could be very attractive

Days passed, weeks passed, he (groom) became my go to person for clarifications before tests and exams.

We became study partners from 100l and became inseparable best friends. We did everything together (including sitting together during tests and exams…lol).

He always said, ‘I would marry you someday’, and I always replied ‘naaaaa’. Fast forward to graduation, NYSC (same camp **eyes rolling**) and real life after all of that, he proposed in the most unromantic way – inside his car outside my house.

In 48 days, we are going to be married and he would look at me and say ‘I told you so!’ I’m getting married to my favorite person and I’m super excited!