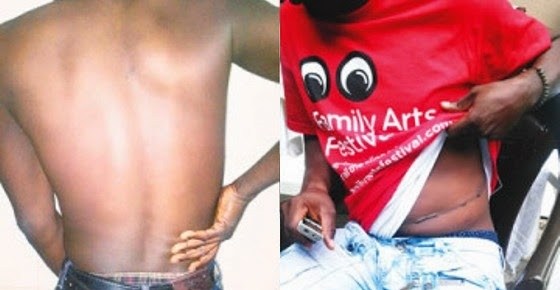 How I sold my kidney: A young adventurous Nigerian from Irua, in Edo State, has narrated how he was driven by poverty to sell his kidney for the sum of N15million in Malaysia. The man, identified simply as Abu, said he had travelled to Kuala Lumpur in 2008 in search of greener pastures, when he ran into some Malaysians, who told him he could make good money by parting with one of his kidneys. According to one of his associates, Sam Otarumene, who spoke to Sunday Telegraph, Abu was introduced to some medical agents in Malaysia who briefed him about the “business” and allayed his fears that he could die.

“He was told he could survive on one kidney, and was also assured that he had nothing to lose. Within a few days, some tests were conducted on him, and his organs were certified healthy,” Otarumene said.

Upon completion of the test, he was allegedly told he would be paid in Malaysian Ninggit, which when converted to Naira amounted to N20million. But the agents insisted on receiving 25 per cent of the sum, part of which covered his post-surgery recovery expenses.

An agreement was said to have been duly signed by himself, the agent and the family of the benefitting patient before the operation. He said that was a major requirement before the hospital accepted to perform the surgery.

Read: Meet OBG Owoboy, a Nigerian big boy who will run Hushpuppi down; He wants to give out N5m to lady willing to be his babymama (With Pics)

He was checked into an unnamed hospital on a Friday in the February of 2009 and after preliminary medical procedure, sedated and his kidney harvested. Abu, allegedly received the money and after recovering from the surgery, returned to Nigeria.

Upon his return in 2010, he informed some of his friends about the “business,” and invested his money into private business.

“He first erected a storey building in Irua, and has since then been working with some politicians,” the associate mentioned earlier said.

Attempts to speak with him were rebuffed by Otanumene, who said the action was a guarded secret, because Abu only revealed it to a few of his associates, adding that he even showed them the scar left behind by the surgery. He, however, showed our correspondent a video recording purportedly showing Abu spraying cash when a local musician described as Emperor Wadada, celebrated his 25 years on stage last year.

Clad in white attire, the fair-complexioned Abu danced excitedly before the musicians, spraying money as his accolades resonated from the local amplifiers. He said Abu is married with children and living happily by following his dietary instructions.

Otanumene said that contrary to reports of organ theft, many Nigerians enter into deals to sell off their kidney for a fee, adding that only in few cases were those organs actually sold without the consent of their owners.

Meet Banky W’s family: His parents, siblings, what they do for living, love life, wealth more (With Photos)

Bride involved in accident few weeks to her wedding, leaves hospital ward in a wheelchair to have her wedding (Photos)