Michael Jackson’s daughter: Now that Paris Jackson is all grown up, we certainly see more of her. She’s making her mark in the fashion world which isn’t surprising since her father has a certain level of swag as well. Many celebrities were making the crowds go wild at the Met Gala in 2017 and Paris Jackson was making some waves of her own. She had no problem showing off her 50 tattoos when she wore a Calvin Klein dress at the event. It’s hard to believe that there are that many tattoos on that little body, but there is. She had matching black heels, black nail polish and a nose ring. It was around the same time that she was proclaimed the new “It Girl” by Vanity Fair. The girl definitely has some striking looks with those big blue eyes that pop out against her platinum blonde hair.

Vanity Fair had her in their May 2017 issue and she wore a white robe and she was covered in diamonds. Many people on set as well as the readers got a Marilyn Monroe vibe from Paris Jackson and it’s not surprising why. She’s definitely paving her own way in Hollywood these days, she recently signed with IMG Models, not to mention she got a role on the TV series Star. She’s an old soul that is trying to make her own mark in the industry after her father’s passing. One thing is for sure, she knows fashion and she seems to be rocking that just fine. 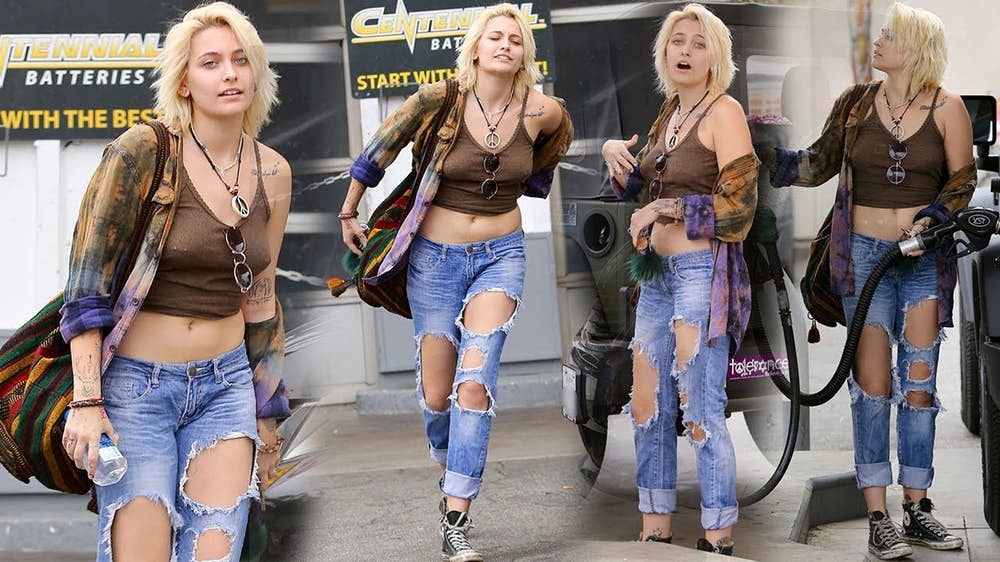 We love her casual style in very ripped jeans and a crop top as she runs errands throughout her day. She’s been coined the new “It Girl” by Vanity Fair possibly because she is unapologetic about her style. She is just trying to live her life and she’s going to wear whatever she wants to. She has a huge love of horses which comes from her mother and that was part of why she enjoyed the Melbourne Cup, though she did admit that she didn’t know what it was at first.

“Coming from that kind of background — my mother breeds horses and I’ve ridden before — I’m used to cowboy hats, jeans, and stirrups.

So this is a completely new world for me and it’s exciting that I get to be a part of it, but it’s also really awesome getting to know the Australian culture.”

2. Jackson Is As Cute As A Button 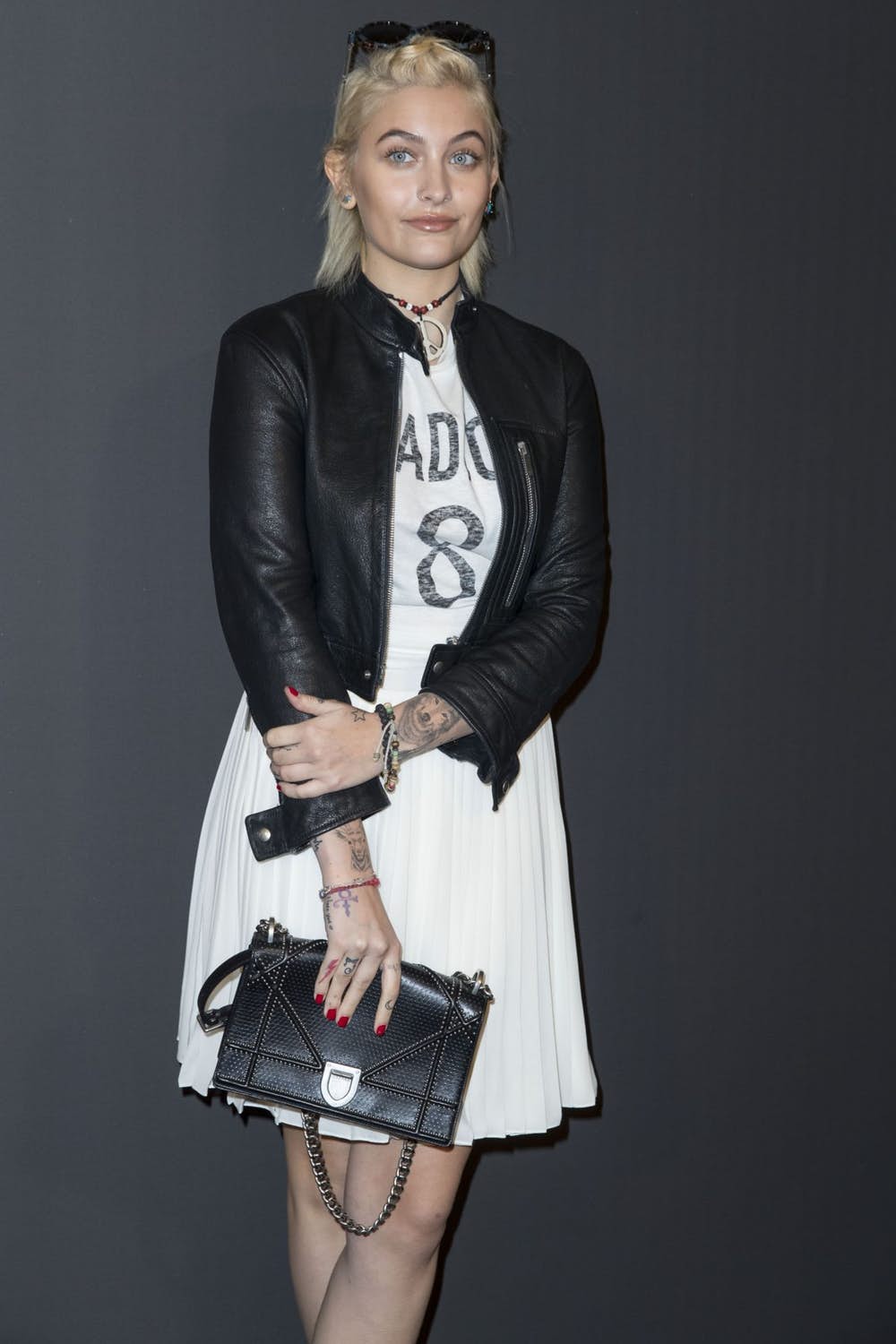 It’s hard to believe that Paris Jackson can manage to look cute when she’s clearly such an edgy girl, but that’s exactly how she looked in this outfit. She wore black and white from head to toe and we especially liked the black bow in her hair. She paired a white t-shirt with a white skirt and the added leather jacket was an amazing choice.

You might not be aware that she’s into music just as much as her father was. When she did an interview with Rolling Stone, she talked about how she plays many different instruments including the acoustic guitar.

She writes and sings her own songs and we wonder why she didn’t go out and get a music career instead of modelling. She told the interviewer that she’s not sure if she ever wants a recording contract.

Prev post1 of 5Next
Use your ← → (arrow) keys to browse
Tags: countdown postparis jacksonPhotos ]
Share13Tweet8Pin3SendShare