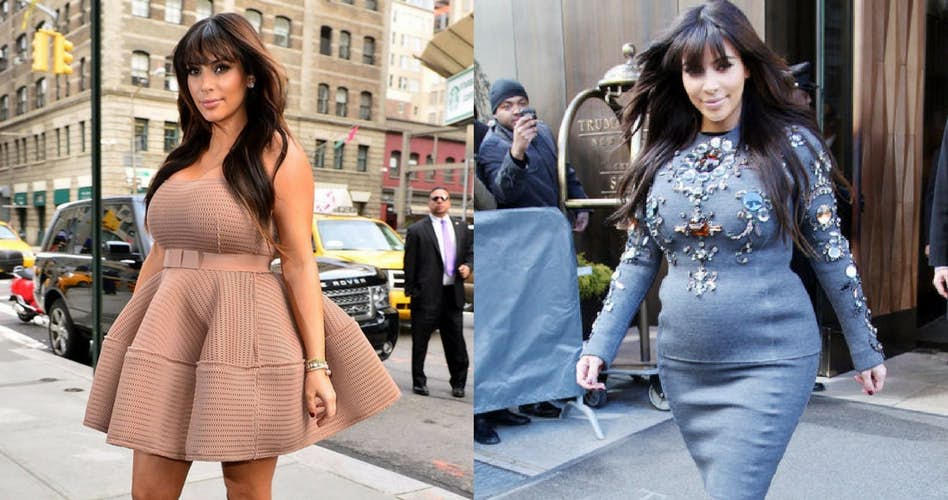 The above outfit – a peplum top adorned with fringe and black leather leggings – is another one of Kim Kardashian’s outfits that make the “what was she thinking?!” list. While the outfit is certainly not as bad as some of the other ensembles she has worn over the years, we do wonder what Kim was thinking when she decided to wear the peplum top.

It certainly makes Kim look chubbier than she is in reality, and far from being fashionable and cool the fringe just looks… sad. Kim has confessed that she does have fashion regrets and we’re sure this look is one of them.

6. The Outfit That Makes Kim Look Like Mrs Doubtfire

Remember the floral print dress that Kim Kardashian wore to the Met Ball in 2013 when she was pregnant? We’re sure you do, as the outfit is considered to be one of the worst outfits ever worn by Kim.
The dress was created by the Givenchy designer Riccardo Tisci which goes to show that designers don’t always get it right either.

Kim received tons of negative comments for the outfit. Some said the outfit was much too gaudy for the Met Ball, others compared the dress to a set of curtains. Others commented on the similarity between Kim and Mrs Doubtfire.