Abuja based banker shares how she ended up marrying an illiterate. 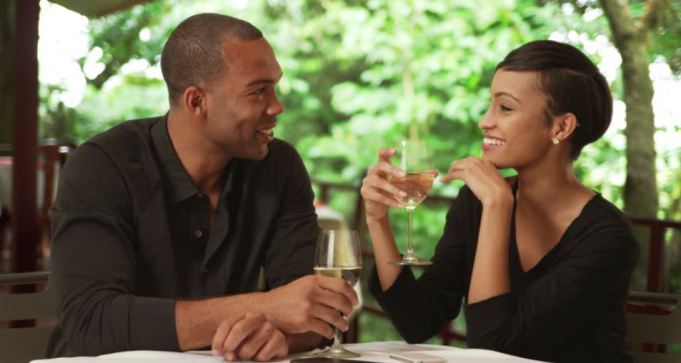 An unidentified Abuja based banker, has shared how she met and married her husband, who did not have any form of degree, a man with no income or career prospects. According to the banker, she fell in love with the man, they got married and he’s currently very good in both spoken and written English and doing very well business wise. They are blessed with two beautiful children.

Read the post shared by Humans of Abuja on behalf of the banker.

If someone had told me 5 years ago that I was going to end up marrying an illiterate, I would have presumed they were mad. But that’s what happened. I was 23 years old, happily single, with a successful career as a banker when I fell in love with a man that didn’t have any form of degree, a Man with no income or career prospects.

September that year, I was transferred to Abuja and one Sunday evening, I was sitting in a restaurant waiting for a friend, when a man sat down next to me. “Do you have the time?” he asked, he looked Smart, his clothes were nice, his hair and beard well cut and we started chatting and to my surprise he made me laugh several times with his bad English. I couldn’t help but notice that despite his bad English, he was handsome and tall. After a few minutes my friend arrive and he stood up and before I could say anything further he pointed to my table and said, “tomorrow 7pm, same table” then he walked away.

My friend and I stared at each other, unable to believe what had happened. Had a man who appeared to be an illiterate order me to come back the next day? How could he be so confident? I found myself thinking about him through out that day, there was something about him that was so intriguing that I wanted to meet him again.

Finally, the next day arrived and I was so excited, I could barely think straight at work, it was 7pm and I left to wait for him at the restaurant, I waited and waited, after 20 minutes I was about to give up when he turned up. ” I didn’t think you would come, I came to check just in case” he said with a smile. I smiled back and my anger melted away.

During our time together, I realised that he was simply the funniest, happiest and most optimistic person I had ever met. He had a lust for life that was both mesmerising and contagious. I had never met anyone like him before. I encouraged him to go back to school but he refused.

I helped him with his English and helped correct him whenever he spoke an incorrect one. He’s currently very good in both spoken and written English and doing very well business wise. We got married 3 years ago and God has blessed us with 2 beautiful kids so far.