A Facebook user identified as Cyprian Stephanie Ginika, took to the platform to seek for advice from Nigerians after her boyfriend was sentenced to 15 years in prison abroad, yet he insists she waits for him. According to the 29-year-old confused woman, she met the guy when she was much younger, during her IT, and after a while, he travelled abroad and she stopped hearing from him. She later heard that he was indicted.

He was eventually sentenced to 15 years in prison and he is begging her to wait for him for 15 years after which he will return and pay her bride price. She also said he has vehemently objected to her marrying another man, though he hasn’t married her traditionally, in court or in church.

He also gave her a second suggestion, which is to come abroad and visit him in prison so he can get her pregnant then she will birth his child.

Read her story in full below; 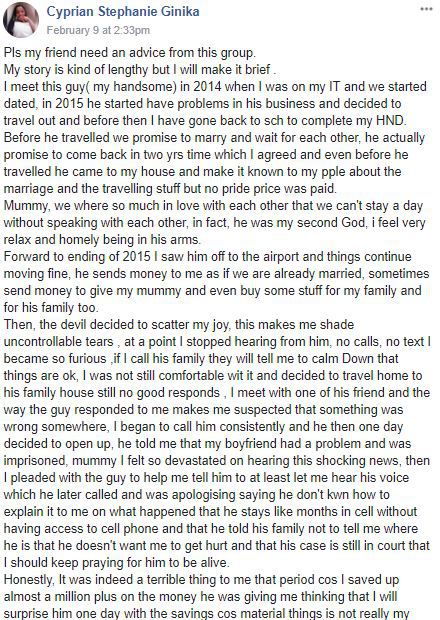 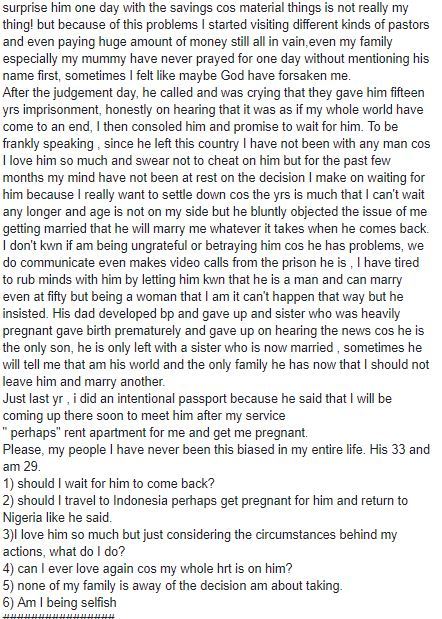 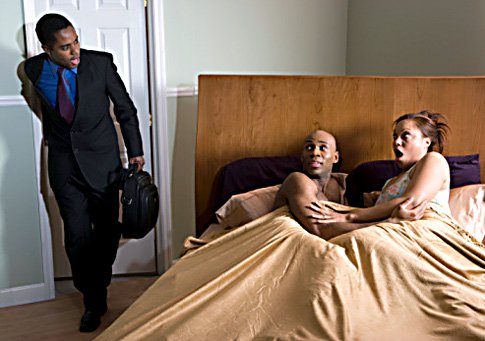 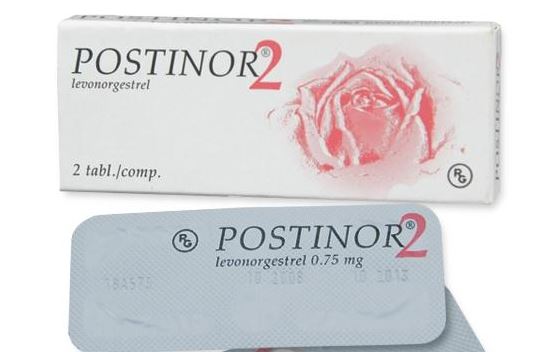 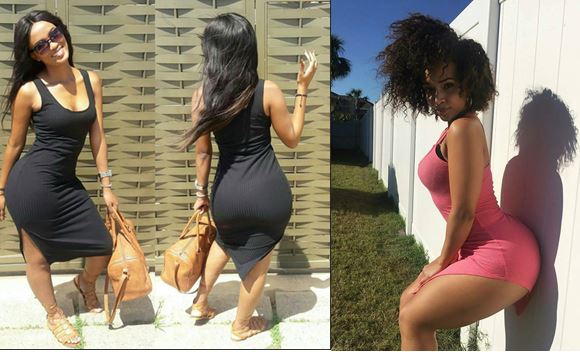 10 sure ways to get the girl who is out of your league – #7 is the deal breaker! 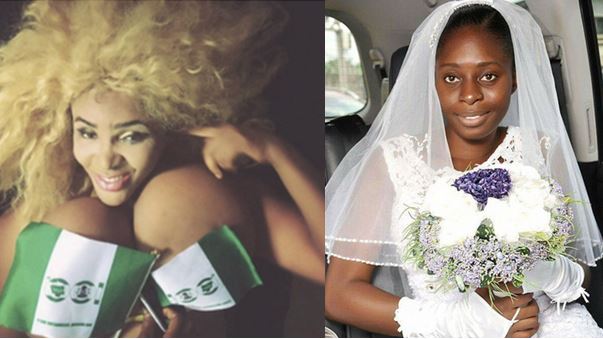 100 s*x questions to ask a lady or a guy – Some of these are the oldest tricks in the book but they still work like magic! 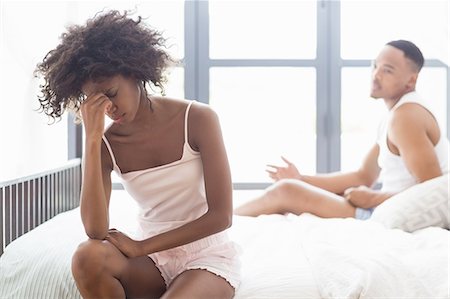