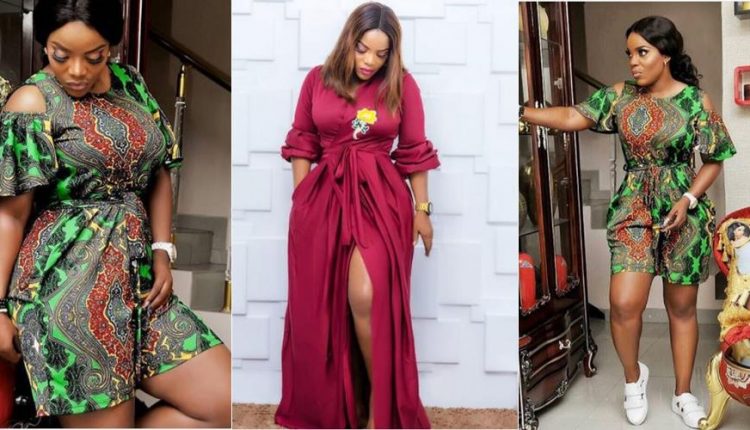 Empress Njamah who endured a dramatic romance with Nigerian dancehall singer, Timaya during his heydays is doing well despite taking a break from Nollywood to do business in Abuja. Empress Njamah who now runs a boutique in the Federal Capital Territory, Abuja is doing well as she remains single. Her bright and colourful dresses speak volume of her wellbeing and assumed financial status. House of Empress -HOE which is the name of her boutique boasts of some exotic outfits for society women.

In 2012, she was nominated for best supporting actress at the Africa Movie Academy Awards, but lost out to Terry Pheto. Njamah’s parents are of Nigerian and Cameroonian origins. She is a graduate of English from Olabisi Onabanjo University, Ogun State.

She once dated Timaya, but the relationship ended after being a subject of discuss on social media.

Commenting on her marital status, she explained that she is not bothered on remaining single since her family are enlightened and understand that the ratio of women to men is uneven.

She went further to explain that celebrity marriages do not last and there really isn’t any essence in wasting funds for a wedding that will not stand the test of time. On the prevalence on “baby mama’s” in Nollywood, she explained to The Punch that most of the single actress with children regret their steps but are not bold enough to say that in public.

She started acting in 1995. As part of her corporate social responsibility, she launched a foundation called House of Empress, that caters for kids with special needs. The foundation celebrates its 10th year anniversary in 2016. Donjazzy issues warning to those asking when he’ll get married