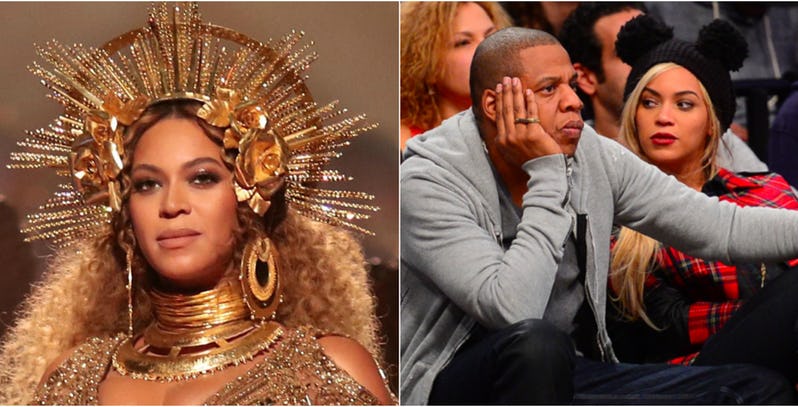 American singer Beyoncé has conquered it all. She has dabbled in various undertakings and has always come out on top. From the music industry, to the big screen, to her own fashion line which are just a few of her endeavors, the talented singer is the perfect symbol of a woman who is passionate and goal driven. It’s not just hypotheticals and abstract plans for the music icon, when she sets her eyes on it, you can bet she’s out there to deliver. Whatever she gets her hands on turns to gold. Beyoncé seems to find success anywhere she steps her foot into and it’s not thru sheer luck, the pop icon is a multi talented entertainer as well as a smart business woman. Now 36, and married to an extremely successful individual like herself, the Queen B lives a very comfortable life. Some would have you believe that she is “Flawless”. In picture she is.

Booming businesses, married to the love of her life, mother to children of three, many aspire to a life like Beyoncé’s. But she’s not all perfect as some paint her to be. Beneath the seemingly perfect image are cracks hiding under the canvas.

Upon closer inspection, Beyoncé’s life is actually riddled with spots and smudges. The amusing thing is how she seemingly gets away with it.

Here are some of the interesting things about Beyoncé’s life that no one seemed to have made a big deal about.

15 She Is Very Controlling Everyone in the music industry knows the great lengths of Beyoncé’s OCD tendencies.

Though sometimes she oversteps her boundaries and can be bossy, the people she works with enable it in fact, because everyone believes in her talent and has faith in her prowess as an artist.

The “Lemonade” star continuously shows to her millions of fans, worldwide that she has the staying power at the top and owns it. To be able to do this, Queen Bey hired her own videographer that films her during her tours.

It has been said that before hitting the bed, renowned pop star meticulously watches her performances and critiques not only herself, but everyone else as well.

From her dancers and the people from the production crew like the cameramen, she ensures that they execute her vision precisely how she wants it. So in the morning, these people will receive a round of notes from Beyoncé herself that they will be able to use to fine tune their performances to her standards. In 2008, Beyoncé released “Single Ladies.” Like any other Beyoncé hit, the song was critically acclaimed because of its catchy rhythm and spectacular choreography. Many were fascinated by the grace and originality of the dance moves showcased in its music video.

The more astute viewers, however, noticed more than just the mesmerizing steps; Observant individuals noticed an uncanny resemblance to the 1969 The Garrys hit, “In This Dream.”

When people started to cry foul over it, Beyoncé addressed the situation by then revealing that her dance moves were actually inspired by the mentioned classic.

Smart move to save your reputation. It is still questionable though if crediting the original is all it takes to make what she did acceptable.

Many people find it distasteful when a movie blatantly copies the plot of a successful film prior to it just to make money. How does Beyoncé get away with it?

“Olamide… I love you.. I can do everything to f*ck you” — Nigerian Lady tells Olamide