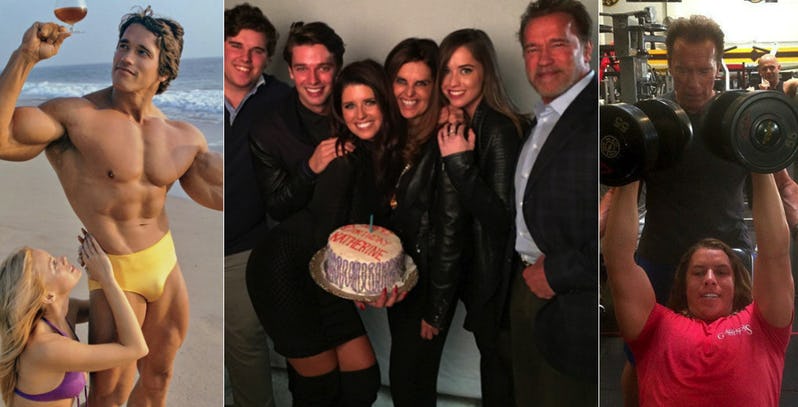 About Arnold Schwarzenegger: The American Dream is basically the idea that every citizen has an equal opportunity to achieve success as long they have the determination and initiative to get them there. Typically, it’s attached to thoughts of two car garages and white picket fences which is adorably dated considering most modern day American dreamers can’t shake the aspiration of fame and fortune from their brains. Whether that is your plan or not, the original definition still applies, and all the riches that accompany having your name in lights can be yours if you’re packing enough chutzpa, no matter what your background may be. And if you look through history you can find plenty of examples that prove this point, but not as many as recent as ‘The Governator’ himself, Arnold Schwarzenegger.

The thing is, even with his highly publicized life, there are still a smorgasbord of little tidbits the average person probably doesn’t know about the Austrian Giant, and with his upcoming role as host of The New Celebrity Apprentice he’s a hot ticket once again, so let’s get reacquainted with the big guy. Here are 15 things you didn’t know about Arnold Schwarzenegger:

15 He Spends A Lot Of Time In The Bedroom. Like, A Lot 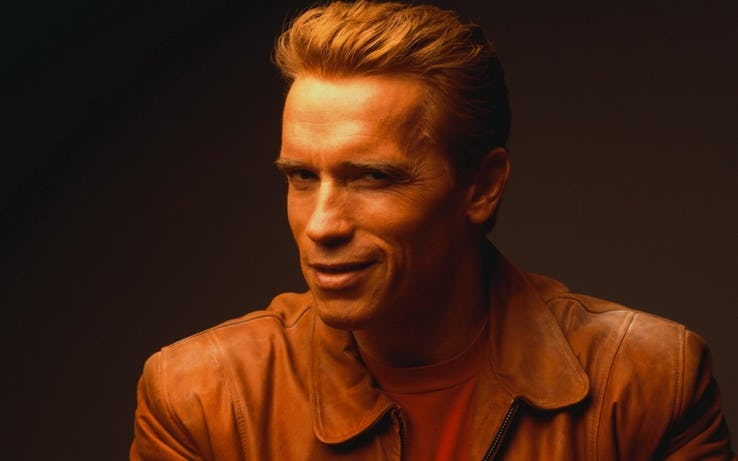 Tom Arnold may not be the most reliable source. If you take a look at his track record in regards to pretty much any realm of his life (i.e. his marriage to Roseanne Barr, or his leading role in the aptly titled film, The Stupids) you’ll find he’s a notorious moron. However, Arnie still considers him a close friend since they co-starred in James Cameron’s high-budget action flick, True Lies, together in 1994. And since the two are thick as thieves, we’re lead to believe the goofball actor is telling the truth when he said Schwarzenegger does the deed no less than five times a day. That’s 35 times a week and 1,820 times a year for those of you keeping track at home. Arnold broke the news to Daily Star magazine back in 2012, a year after the former Governor split from his long-time wife, Maria Shriver, after being outed for giving the maid some after hours work (classic right?). And what’s the reason for Schwarzenegger’s extensive bedtime romps, you ask? Not womanizing, apparently, but rather to stay fit. I guess in your old age you find all types of new fangled diet fads. 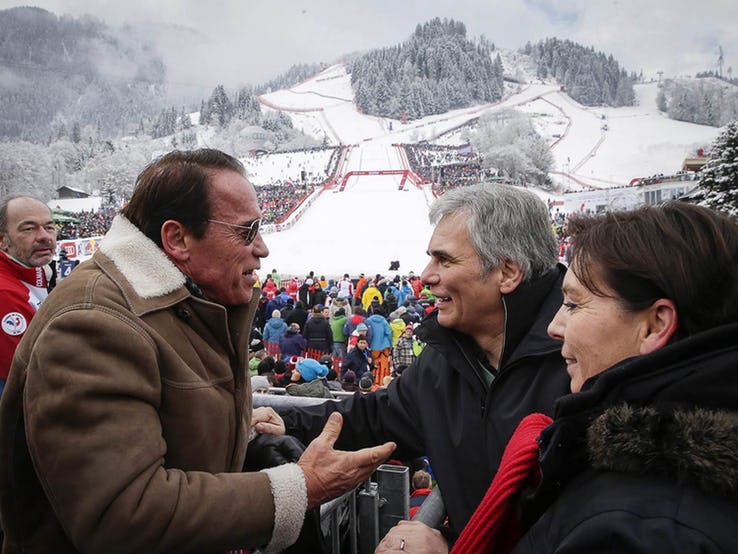 Before he started campaigning for the Governorship of California and made all of his political beliefs public knowledge, it was pretty difficult to find someone who wasn’t an Arnie fan. Sure, you can shake a fist at Twins, but c’mon, we’re talking about the most quotable movie actor in history, we’ll let a few bad projects slide. However, once the big man began talking like a rigid, right-wing conservative you saw his popularity drop in some. Turns out a large handful of that aforementioned “some” were in his home country of Austria. Back in 2005, when Schwarzenegger was governor of California, he decided to not pardon two men on death row before it was time for them to meet their demise despite a worldwide petition to save the second man, Stanley “Tookie” Williams, reformed leader of the Crips and Nobel Peace Prize nominee. Apparently, this infuriated Austrian liberals who not only called for the renaming of the Arnold Schwarzenegger sports stadium but also threatened to revoke his Austrian citizenship. Although the dust finally settled over the whole mess, you can imagine how much that type of outrage must have affected the former Governor.

Prev post1 of 6Next
Use your ← → (arrow) keys to browse
Tags: Arnold Schwarzeneggercountdown postphotos
Share12Tweet8Pin3SendShare