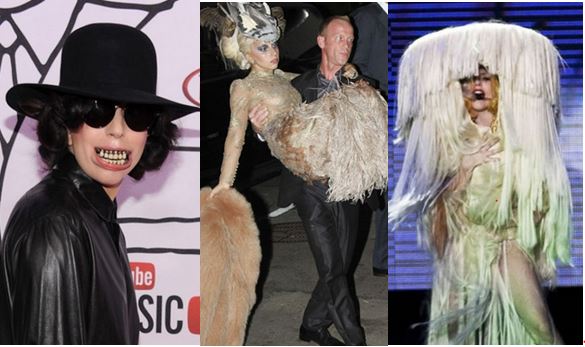 When referring to fashion choices it appears the rich and famous are often the people with enough dough to push the boundaries of acceptability. Are you surprised? You shouldn’t be. In reality, it almost feels like every big-time celebrity has some sort of fashion line they’re plugging any chance they get, right? Makeup, hair care, perfume, clothing, the list goes on and on. Well, that is if they don’t have a movie, album, or tell-all book they’re trying to promote. It’s not like we all haven’t heard them pitching their brands. That’s part of being famous, or at least it is in their world. There isn’t an artist walking amongst us that pushes those boundaries further than Lady Gaga. Her outfits, or costumes, whatever you want to call them, have been outrageous throughout the years, haven’t they? So wild in fact that we decided to compile a list of her most ridiculous wardrobe faux pas to date.

Most of the time she does her damndest to shock onlookers and she does one heck of a job doing so as this article will prove. Whether or not you’re a fan of her music or her sense of style these 15 photos will surely have you shaking your head asking, “what was she thinking!” 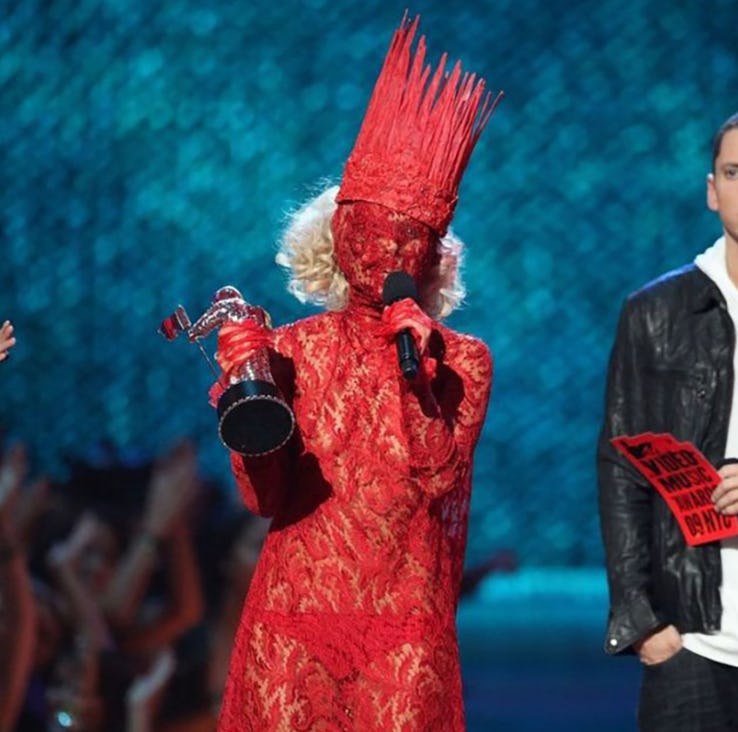 Even though you can’t see her face it’s likely that you’d know exactly who this masked woman is holding a VMA award even if you weren’t reading this article. Instyle’s website reveals that in 2009 the famous artist was wearing “a sheer vintage Alexander McQueen number and a Haus of Gaga crown to pick up one of her three awards that evening.”

This photo of Lady Gaga most definitely lends a few clues as to what you readers will be seeing her wear throughout the entirety of this piece. Trust us when we say that her outfits get more and more jaw-dropping. What else can you expect from an odd duck like her? 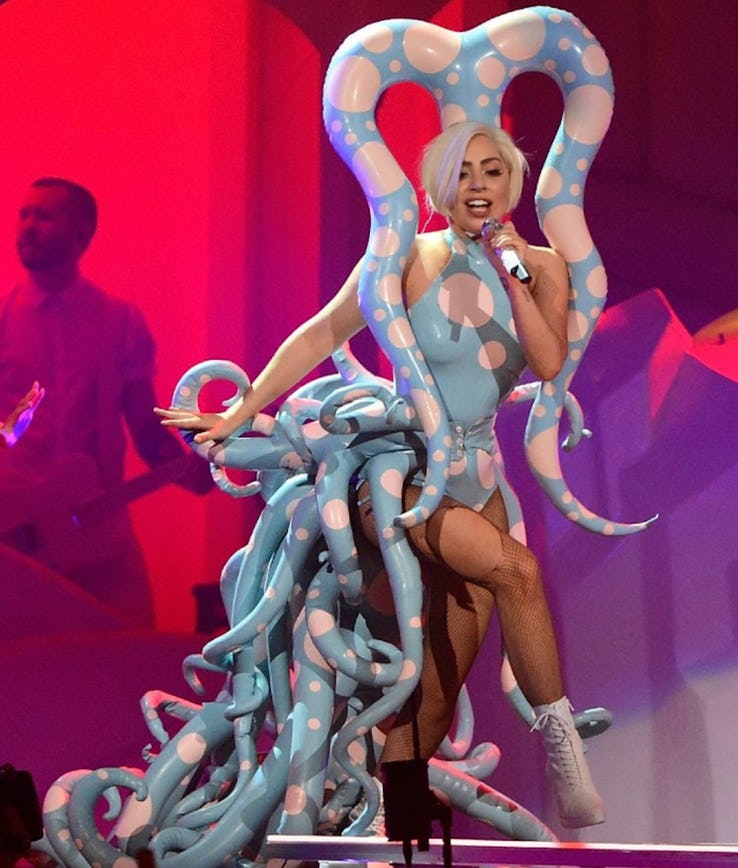 It’s hard to say what Lady Gaga was thinking when she decided to wear this costume performing on stage. Obviously, she looks like an octopus, right? She’s got enough arms to be one, that’s for sure. Most people think that octopuses have tentacles but they would be mistaken. They’re actually called arms, just like humans.

As to why resembling a sea creature was so important to her we may never know but that doesn’t make her any less fun to gawk at. Fashionistas call this her “Octopus” outfit and for good reason. Wikipedia reminds us that “ArtRave: The Artpop Ball was the fourth headlining concert tour by American singer Lady Gaga. Supporting her third studio album Artpop, the tour ran from May 4, 2014, to November 24, 2014.”

Prev post1 of 6Next
Use your ← → (arrow) keys to browse
Tags: lady gagaphotos
Share12Tweet8Pin3SendShare