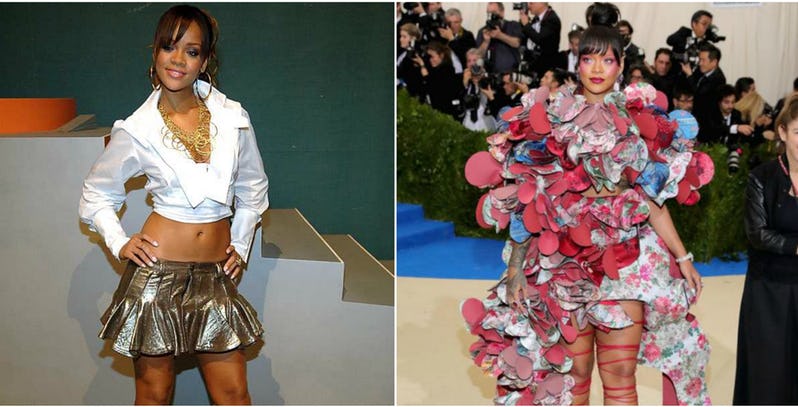 Rihanna is, without a doubt, one of the biggest names in music right now and the entertainment industry as a whole. Hailing from Barbados, Rihanna burst onto the music scene in 2005 at the tender age of 17 with her smash hit “Pon de Replay,” and has shown zero signs of slowing down ever since. She has released eight studio albums, each of them topping the charts and churning out numerous hit singles. Some of her biggest hit singles include “Umbrella,” “Work,” “We Found Love,” “Diamonds,” and “Love on the Brain.” When she’s not releasing music, she’s achieving success with her makeup brand, Fenty Beauty. Released in 2017, the makeup brand has been praised for its quality products and diverse range of foundation shades, putting numerous well-established companies to shame.

Rihanna is also somewhat of a style icon. The Caribbean beauty has never been seen in a dull outfit, and she carries everything that she wears with a level of confidence and charisma that can’t be found in many people. With each edgy outfit, she pushes the envelope and often matches the unmatchable. But not every outfit is a success. Without further ado, let’s take a look at some of her worst outfits. 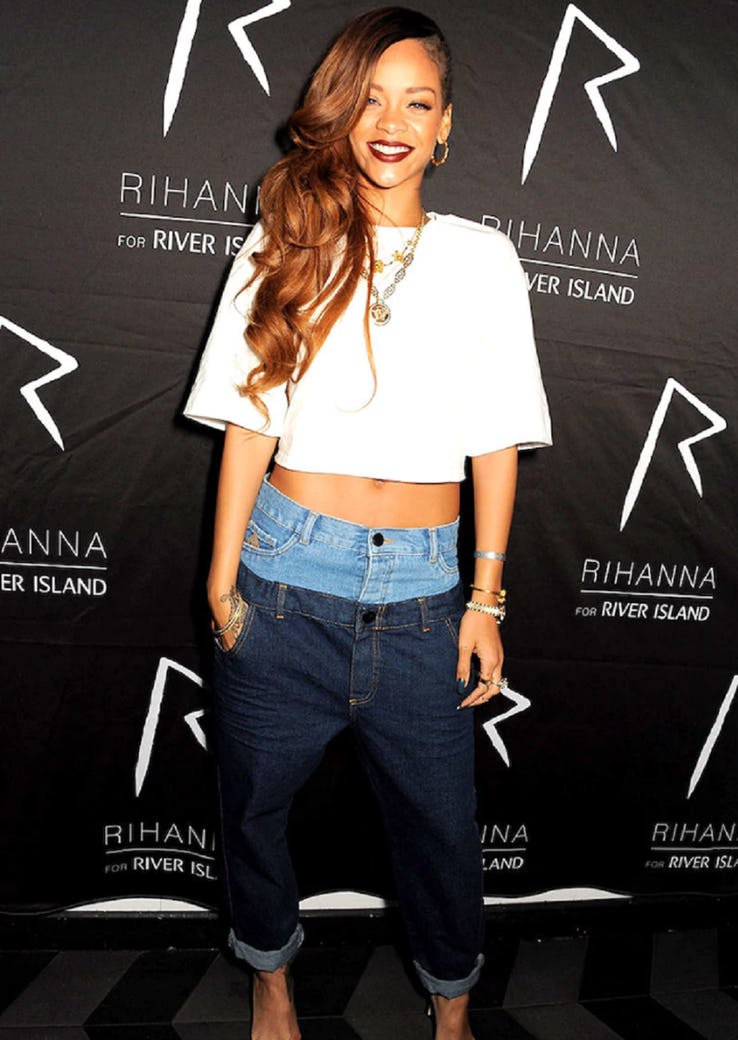 Rihanna wore this outfit in March 2013 to the launch party in London for her River Island collection. Naturally, this outfit is from said collection. When you take a closer look at it, you realize that it isn’t exactly good promotion for the clothing line. While the baggy, white, cropped T-shirt is cute and goes with everything, those jeans are atrocious. Double denim hasn’t been popular for years, but it can work if it’s two different kinds of denim. However, the key part is for these kinds of denim to be on separate items of clothing, which is certainly not the case here! It literally looks as if she’s wearing one pair of jeans over another pair, which would be impractical and uncomfortable, and this just looks ugly. Do better, RiRi! 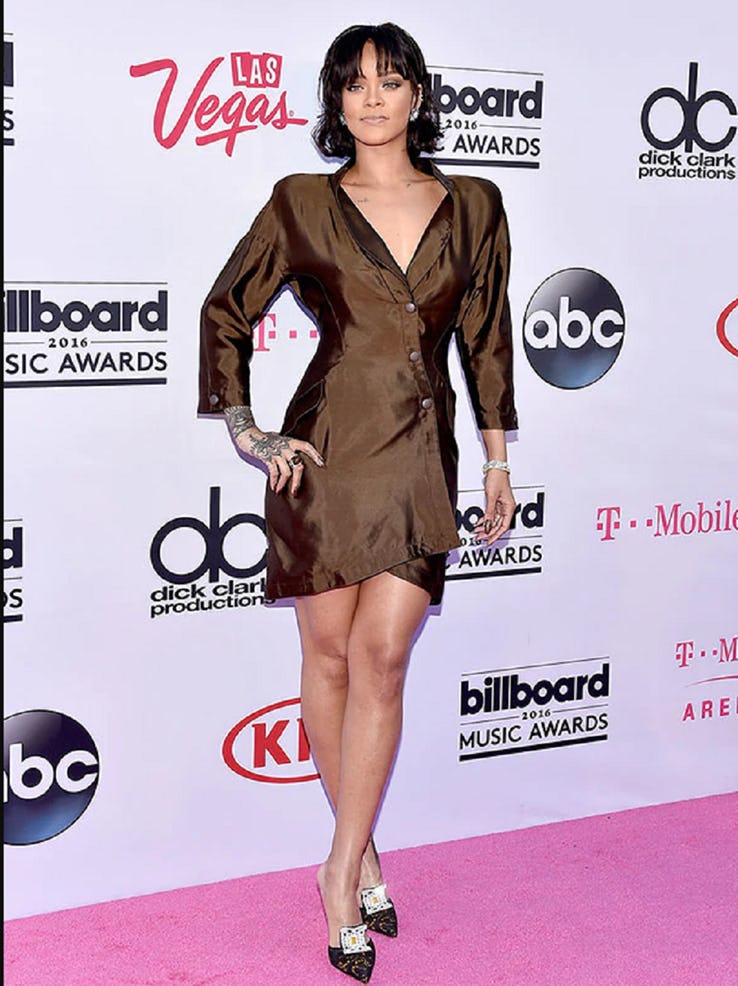 In May 2016 Rihanna performed her hit song, “Love on the Brain,” at the Billboard Music Awards. Often criticized for her not-so-perfect live vocals in the past, Rihanna managed to silence every hater in the world with her impeccable performance. This was an almighty clapback to everyone who claimed that she pulled out of the Grammy’s because she lacked faith in her vocals. No fault could be found with her vocals that night, and she received unanimous praise amongst critics and on social media. On the other hand, plenty of faults could be found with her outfit that she wore on the red carpet when arriving at the event. She decided to go with a weird, ‘80s-inspired, brown suit jacket and some bizarre heels. While certain ‘80s-inspired clothes can be cool, this definitely isn’t one of them.

Prev post1 of 6Next
Use your ← → (arrow) keys to browse
Tags: countdown postphotosRihanna
Share12Tweet8Pin3SendShare