BBNaija: List of Housemates nominated for eviction this week 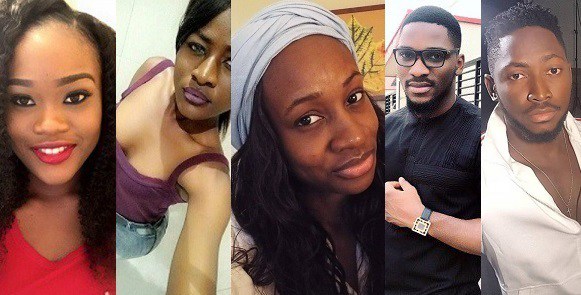 The Live Nominations for Big Brother Naija 2018, week 6 has come, and it took place yesterday evening, day 36. There are currently 6 pairs, a total of 12 housemates, and they all participated in the nominations exercise in their various pairs . This will be the last week the housemates will be up for nominations in pairs, as biggie has decided to unpair the housemates so that they can all play the game as individuals, starting from next week, week 7. And that being said, you can now check out how all the six housemates’ pairs have nominated this evening;

4. Tobi and Alex nominated — Teddy A & Nina and Miracle & Anto

So following yesterday’s nominations, below is a summary showing the number of nominations each pair has received;

However BamBam used her veto power in saving Teddy A and Nina (TENA), and replaced them with CEELO; Cee-C and Lolu.