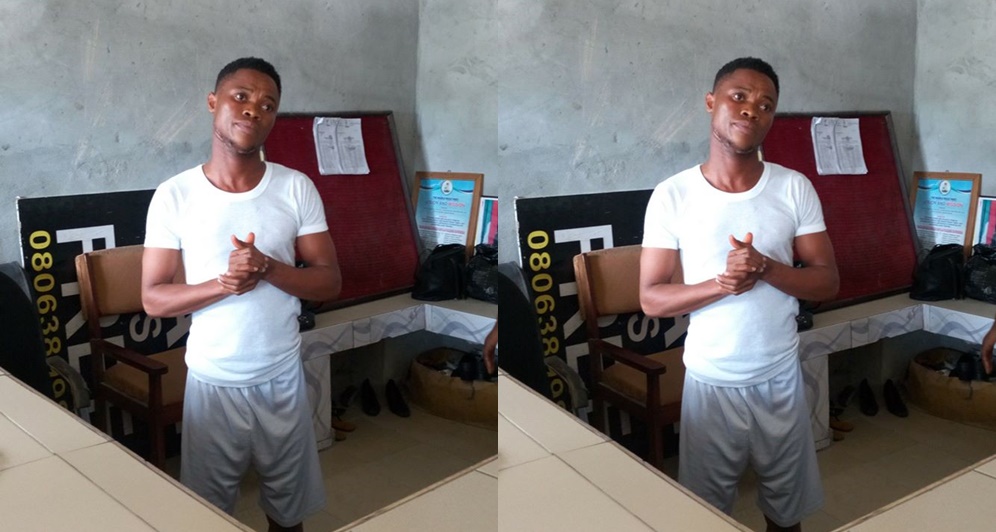 A yet to be identified youth corps member serving in Delta state has been arrested for allegedly defiling an eleven-year-old JSS 2 student in Warri area of Delta state. It was reported that the corps member was assigned to carry out home lessons for the young girl but he had other plans for the girl which has resulted to an early pregnancy and put the little girl in a bad position.

The Nana College Warri student now goes through the pain of abuse and molestation, the suspect has been arrested and is currently in custody at Division B police station in Warri.

It was also gathered that a notification has been sent to National Youth Service Corps NYSC national secretariat as the suspect is to be charged to court. 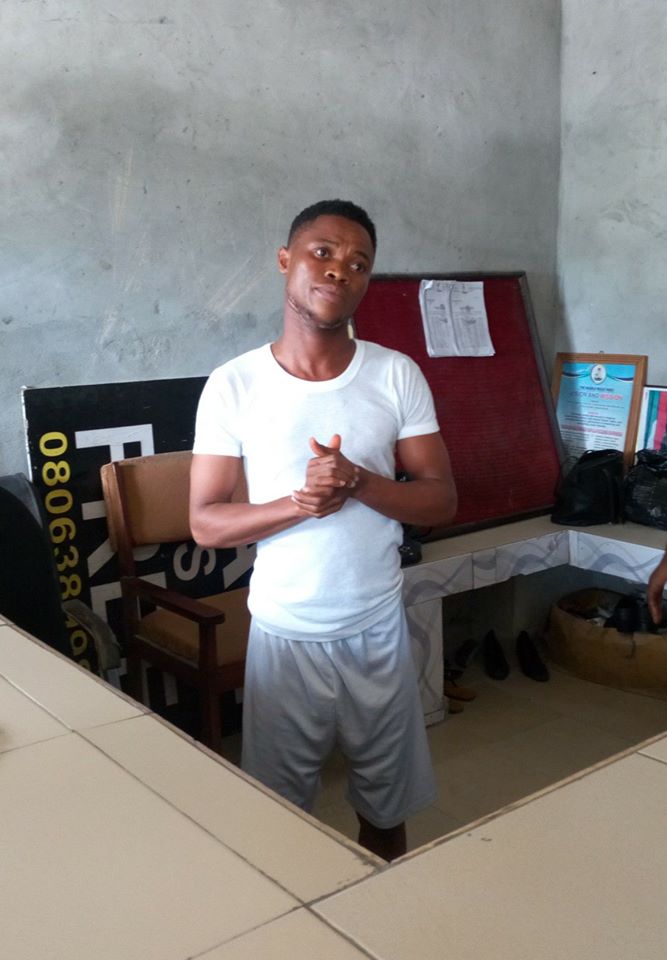 A Facebook user, Israel Joe shared the news on the platform, he wrote;

The Nana College Warri student now goes through the pain of abuse and molestation. While he will be charge to court and a notification has been sent to NYSC national secretariat, we insist that parents must be careful with those they leave with their children. Trust no man.

The suspect is right at the custody of B Division Warri and we are much impress with the non compromising investigations by the working DPO. Again I’m saying trust no man with your female child. Don’t suspect them, don’t trust them. Be street wise… 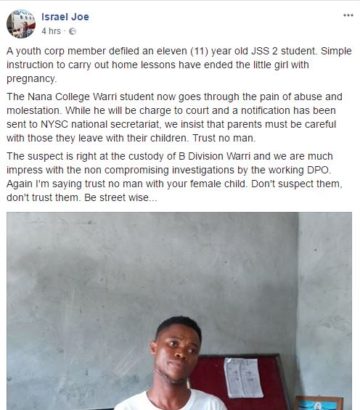