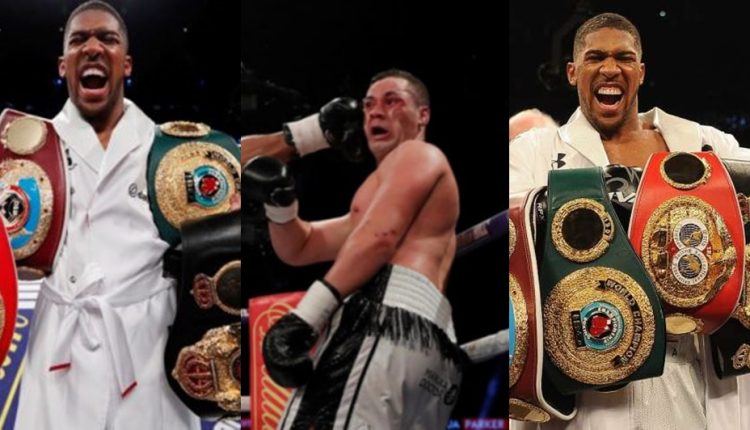 British-Nigerian heavyweight champion, Anthony Joshua is expected to earn £20million(N1billion) after defeating New Zealand’s Joseph Parker in the unification fight in Cardiff on Saturday night. According to reports, this new paycheck will take Joshua’s gross earnings from three fights to £50 million. The mouth watering fight is being scheduled for the last quarter of the year, according to Joshua’s promoter, Eddie Hearn. Their earnings form a proportion of the revenue from pay-per-view TV sales and sponsorship deals with the bout being shown live on Sky Sports Box Office.

“The fight with Anthony Joshua is unquestionably the biggest fight in world boxing and anyone that knows me knows how much I would love to stage a fight like that.

“The options are that we go in August in America against someone and then Deontay Wilder, or straight into Wilder. But if we do Wilder it will probably be October, November, December.”

#BBNaija: ‘Khloe and I were lovers before Big Brother Naija’ – K.Brule

Over 20 ladies reportedly raped at Flavor’s Concert in Enugu