#BBNaija 2018: Housemates up for possible eviction this week 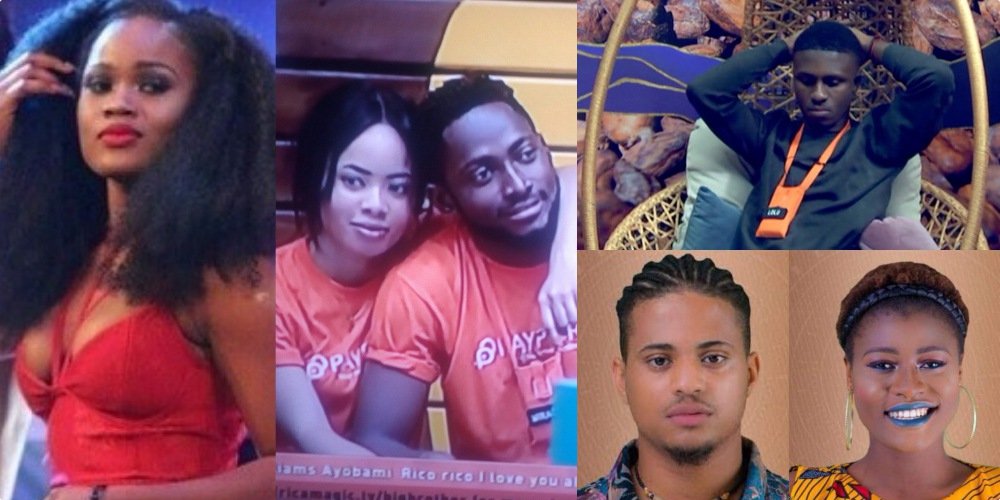 Big Brother ordered all the housemates to gather in the lounge and asked this week’s Head of House Khloe to pick one chance card from the glass booth, Khloe immediately proceeded and picked chance card 4.

The live nominations then kicked off with Tobi, below is how each housemate has nominated this evening.

And after today’s live nominations, below is a summary of how many nominations each housemate has received.

Big Brother then announced the nominated housemates according to today’s nominations.

Big Brother then asked this week’s Head of House Khloe to read out the contents of her Chance Card, the contents were “Immunity, no chance to save and replace but nominate one more housemate”. Khloe didn’t waste anytime as she immediately nominated Miracle.

Therefore the housemates up for possible eviction this week are, Cee-C, Lolu, Alex, Nina, Rico Swavey and Miracle.