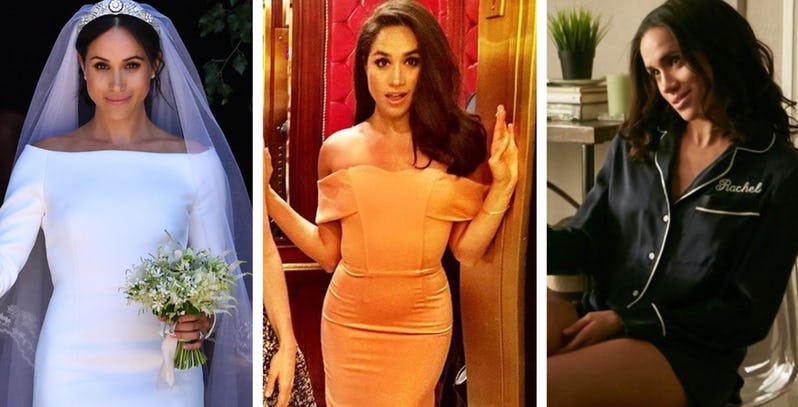 Two years ago, Meghan Markle found her prince, and, while many young women dream of finding a prince of their own, Meghan actually did it quite literally. However, being in a relationship with a real member of the royal family comes with certain strings attached, and Meghan’s life had to change entirely in order for her to become Prince Harry’s wife. So while becoming a duchess might sound amazing on paper, it can also be really hard on a person.

By now, we all know that Meghan Markle isn’t a typical addition to the royal family; she isn’t British, she is divorced, and she worked as an actress in LA. For all those reasons and more, people around the world have been wondering if she will ever be able to really fit in with the British royal family. However, Meghan agreed to all necessary terms and changes in her life she had to go through in order to marry Prince Harry and as of May 19, 2018, Meghan is now officially the Duchess of Sussex. One thing we know for sure; her life will never again be the same. So let’s take a look at 10 things Meghan Markle was forced to leave behind immediately after she married Prince Harry.

10 No More Selfies With Fans

Unlike most other people who became members of the royal family through marriage, Meghan Markle used to be famous even before she started dating Prince Harry. She is a former actress and she used to work both in TV and film. However, most people know her as Rachel Zane – the role on Suits she used to portray from 2011 to 2018. Actually, most people now know her as Meghan, Duchess of Sussex but this was before her relationship with Prince Harry. Anyway, as a popular LA actress, Meghan Markle is quite used to taking selfies with her fans.

However, that is something she has been strictly forbidden from doing since May 19, 2018, when she officially became Prince Harry’s wife. On the other hand, taking selfies with fans can often be exhausting so maybe this isn’t something Meghan Markle will actually miss in the future but one must admit that it is hard to break some habits like this. After so many years of taking selfies with the fans all around the globe, it must feel strange to know that you will never ever do that again. Maybe it is one of those things that are annoying only until you start missing them when they’re gone.

If you are a woman, you probably know how many color choices there are nowadays when it comes to the nail polish. If you are a guy, you can’t even imagine how many there are! We are talking thousands of shades of every single color imaginable to people so women’s choice in that department is more than huge. You might have noticed that lately, women seem to prefer stronger and more unusual colors than in the past.

While decades ago, the most popular nail polish colors were red and pink, today, there is nothing unusual about seeing a woman on the street with long turquoise or fluorescent yellow nails. But even if Meghan Markle enjoyed testing all kinds of nail polish colors in the past to find out which one best suits her personality and style, nothing of that matters anymore because she is strictly forbidden from wearing any nail polish that isn’t baby pink or nude.

For example, Queen Elizabeth II has been using the same nail polish for decades now, Essie’s Ballet Slipper and Kate Middleton uses a similar one as well. However, it seems that Meghan got used to this rule rather quickly as she was spotted wearing a similar shade of nail polish even before she married Harry.