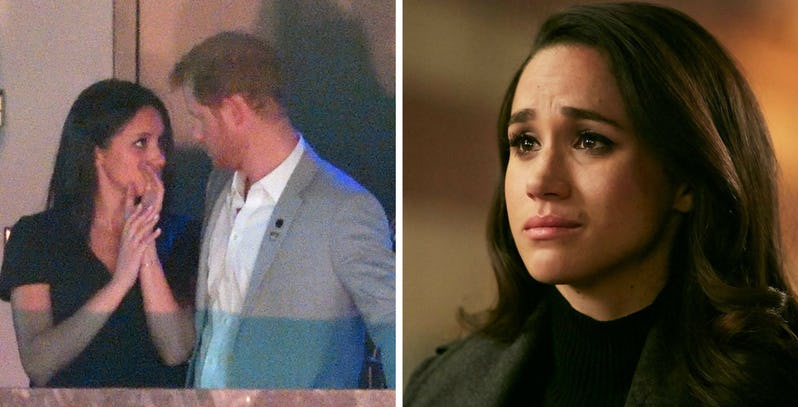 Meghan Markle is by far one of the most popular celebrities to come out of the woodwork this year. Before her romance with Prince Harry, no one really knew who she was, unless you watched her USA legal drama, Suits. But now that she’s about to become Prince Harry’s future wife, she’s a household name on both sides of the ponds. It’s a drastic change to the life that she’s currently used to. And for a lot of royal fans and critics alike, it’ll be interesting to see if Meghan will adapt to her new lifestyle and her new title as a royal. It is hard to imagine an actress entering the world of the British royal family. As we all know, the royal family is a family like no other. The moment you step out of line, they will spit you out like a stale piece of buttercream sponge cake.

With that being said, here are 20 reasons why we think Meghan Markle won’t be able to survive as a member of the British royal family. Sure, she’s got Prince Harry to rely on, but she’s not only marrying him. She’s marrying the entire British royal family. She’ll have to adapt to their rules and regulations and as Meghan will soon learn, it won’t be easy. Check out our list below and let us know what you think in our comments section.

15 She’ll Be Forced To Keep Quiet

It doesn’t matter if Meghan Markle will be in a position that she wants or doesn’t want to be in: she’ll be forced to keep quiet. As a member of the British royal family, Meghan will have to oblige with the monarchy’s rules and regulations. As Prince Harry’s wife, her main obligation is to serve the United Kingdom and not give her opinion about public matters. And she sure has them, as we know because of her past.

It’s without a doubt that for someone like Meghan Markle, this is going to be hard. After all, she used to be one of the most outspoken actresses in the entertainment world. She had her opinions and she wasn’t afraid to speak out about them, regardless of what they were. But that will all soon end the moment she marries Prince Harry.

14 She Can’t Express Her Opinions

Whenever a national or international tragedy occurs, many Hollywood actors and actresses like to voice their support or disdain on social media. After all, those in the entertainment industry are sometimes the first people to say anything when it comes to big, headline news. And Meghan was no different. She made it no secret that she wasn’t a fan of the current American administration, that she supported women’s rights, and that she wanted to make the world a better place.

But now the only opinion that Meghan will have is the one that comes from her future husband’s grandmother, Queen Elizabeth. Meghan Markle won’t even be able to grant an interview without it being pre-approved by the Queen of England herself. For someone like Meghan, that’s going to be frustrating for sure.