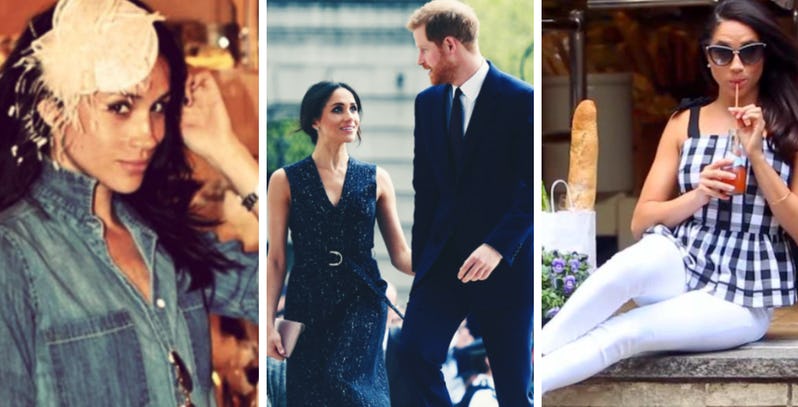 Royal benefits Meghan Markle will enjoy: On May 19, 2018, Meghan Markle married Prince Harry in a wedding that comes after what many call a whirlwind romance. Meghan, now 36, was first introduced to Harry on a blind date in 2016, and they’ve been an item ever since. Meghan wasn’t really living the most glamorous life back in Toronto, but she definitely was enjoying some perks being an actress on Suits. And now that she’s marrying a prince, Meghan will surely benefit the from the luxuries that come from being royal.

She’ll have around-the-clock staff that will be at her beck and call. No need to wake up early to head to the salon, she’ll have someone on staff catering to her beauty needs. Meghan just jumped from being a B-list actress to being royalty, and that kind of fame and power doesn’t go away unless her marriage falls apart, and even then. Meghan has won over our hearts and if there’s going to be one lady get to enjoy all the perks of being a royal, then we’re glad it’s Meghan. And while she is a philanthropist, that doesn’t mean she can’t spoil herself a little being a duchess and all. So here are 20 perks Meghan Markle will surely enjoy after hitched.

15 She Needs A Serious Security Team

A security team is an obvious necessity for Meghan in the world we live in. Experts feel that the threat to her life and well-being will be increased after the wedding, and that she could become the target of terrorists or other threats. As a point of reference, security for Wills and Kate’s wedding cost $33 million, which included snipers on the roof and undercover cops in the crowd, along with months of planning and research. If she has to put up with a heavy security detail all the time as a matter of course, maybe Meghan can ask for something special to make it a little more…fun. Like a team of ninjas. Or a Marvel superhero team — or Batman and Nightwing and Wonder Woman. Or the Dora Milaje! Yeah, that would be cool.

14 Upscale Cookware For When She Has Time To Cook

Meghan won’t be making a lot of her own meals, we figure. Between traveling, royal and public functions, and dinners with mom-in-law, it’s not like she’ll be slaving over a hot stove — or waiting impatiently beside her microwave, realistically speaking — every night after work like the rest of us. But, on her now defunct lifestyle website The Tig, she describes herself as “a pretty good cook” and in interviews, has said she’s a foodie. After she posted about her fave dishes on her blog, there were rumors that she had made a roast chicken the evening that Harry proposed. If cooking is going to be her hobby, she should have the finest of frying pans and other cookware to play with.