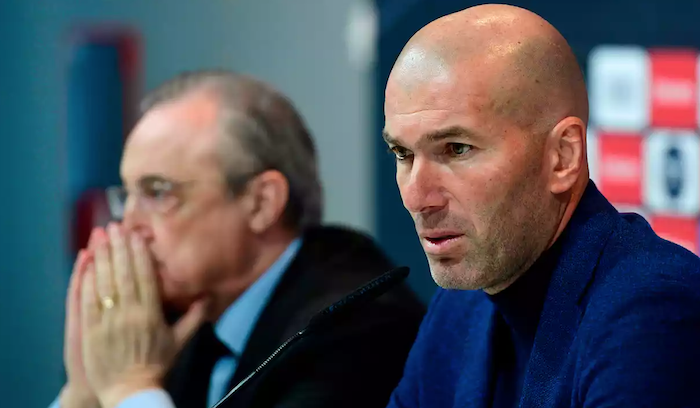 Zidane announced his decision in Madrid on Thursday morning. Sat alongside Real president Florentino Pérez, the World Cup winner said he felt he had taken the club as far as he could: “I have taken the decision to not continue into the next season. For me and for everybody, I think the moment to change has arrived. It was not an easy decision.

“This is my decision,” he continued, having admitted he had previously planned to sign a new contract. “Maybe it’s a mistake. But I feel it’s time. If I don’t think that we can keep winning then it’s time. How can I ask more from the players? Big players need a change.

“If I was the manager here next season, it would have been tough for us to win trophies. You saw in the Copa [del Rey] this season and I can’t forget our domestic campaign that easily.”

Real finished only third in La Liga, 17 points behind champions Barcelona and lost in the domestic cup’s quarter-finals to Leganés

Pérez added: “This was a totally unexpected decision, Zidane informed me of his choice yesterday. I thank him for the work he has done.”

Zidane, who joined the club in 2001 in a then-world record fee from Juventus, said:

“This is a beautiful moment as we have just won a third straight Champions League and I have now reflected and made this decision.