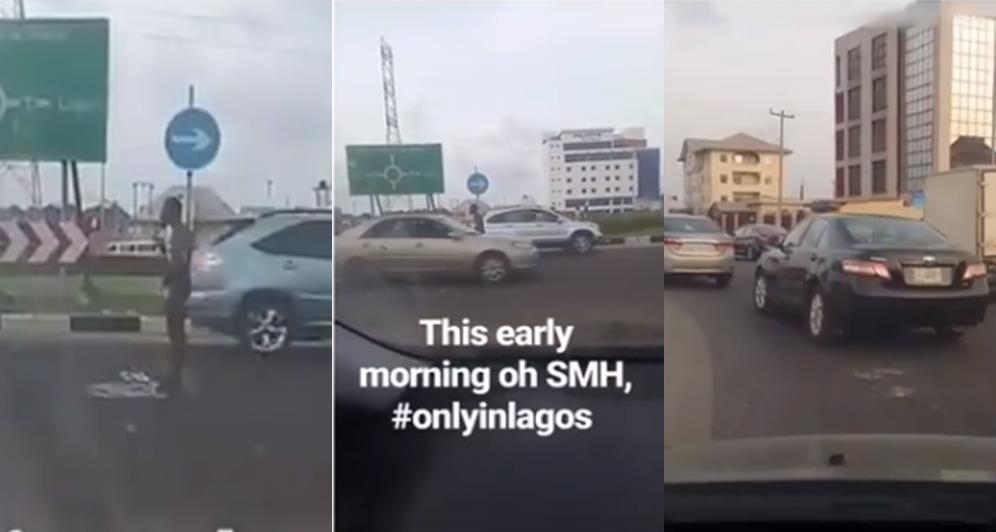 A yet to be identified young man was spotted having his bath on the Lekki-Epe expressway an about 7am this morning. For reasons best known to him, he decided to leave the comfort of his home to have a bath on the major express road using a couple of sachet water despite the peering eyes of the public.

A passerby who witnessed the incident took a video of the man’s weird and offensive actions, unknown to him and posted it online .

As expected, the released video has sparked an online outrage as there are speculations that he was acting based on the instructions of a native doctor.

Nigerians noted that whether for good spiritual cleansing or for money rituals, the man having thought about the repercussion of his actions prior to the incident is seen to have damned the consequences and carried on with the act.

Man seen having his bath on the Lekki-Epe expressway, yesterday morning, in Lagos