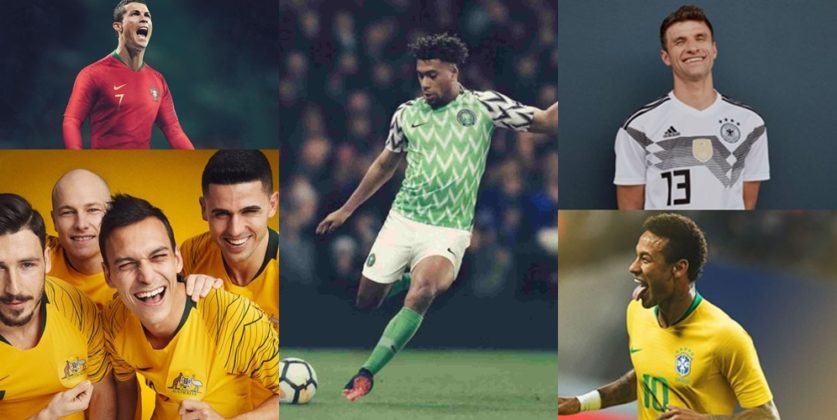 It appears Nigeria is already winning even before the start of the FIFA world cup in Russia. The Nigerian jersey has been voted the best jersey out of the 32 nations participating in this year’s world cup.

In an online poll conducted by Sky Sports, the Nigerian shirt garnered over 40,000 votes to beat world champions Germany to second place with 21,000 votes.

It will be recalled that the Nigeria Football Federation (NFF) and Nike who are their official kits sponsor unveiled the official 2018 World Cup kits for the Super Eagles in London on February 7, 2018 to much fanfare.

Why PUMA pulled out of the deal with Nigeria following a…

Speaking on the jersey, Nike said:

“With a culture as vibrant as Nigeria’s, the collection had a lot to live up to.

“The central design theme is an abstract feather pattern inspired by the team’s “Super Eagles” nickname. Last seen during Nigeria’s 1994 appearance on the world stage, the design has been enlivened to capture the energy of the 2018 team.”

It carries a familiar badge modelled after the 1996 gold medal-winning Dream Team while honouring the 1994 shirt won by the national team.

Nike’s Football Design Director, Dan Farron said in designing Nigeria’s kit, the goal was to tap into the attitude of the nation while keeping in mind the full identities of players.

The American kit maker revealed that demand for the lively jersey had hit over three million worldwide before it officially hit the shelves last week.