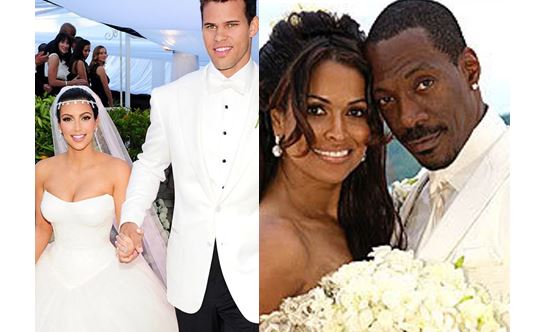 Nobody believed this marriage would last long and everyone was right. Kardashian is the sexy celebrity who has made money out of scandals and family reality shows. Humphries was the basketball player who thought he married the love of his life. Even as Humphries was saying that he is working hard to make the marriage work, Kardashian was already announcing that the marriage was over.

Ali Landry is a model and actress who first burst into the limelight when she appeared in a Doritos commercial aired during the 1998 Super Bowl. She probably thought she got a keeper when she married the innocent-looking and baby-faced Mario Lopez of “Saved by the Bell.” After only 18 days of marriage however, she found out that Lopez had not been exactly faithful during the six years that she was his fiancée.